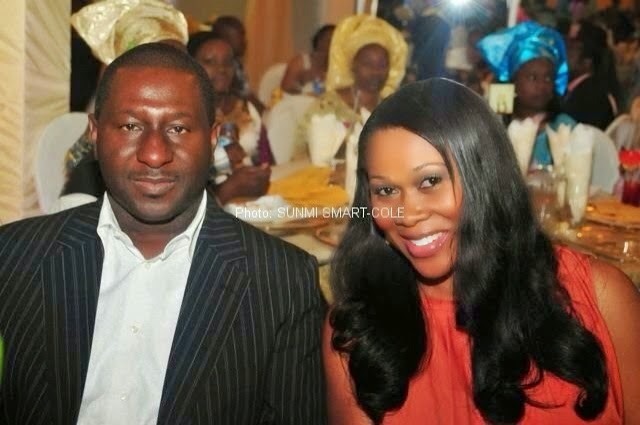 Tony Anenih Jnr, is smitten. He is obsessed with Linda Edozien-Priddy. Esosa, his wife of many years loathes his newfound love but Tony does not give a hoot.

The years doused love for Esosa in his heart as water quenches fire in the hearth. But Tony’s enchantment with Linda sparkles near the brim; he has fallen in love with her rosy cheek. He is besotted to her coral lip and her star-like eyes fuels his inner fire.

But as Tony’s love for Linda crackles like a wildfire, the spark dies between him and Esosa. Consequently, he is ready to marry Linda, at the expense of the home he built with Esosa. In a few months time, Linda will become Tony’s trophy wife.

According to The Capital NG, not all the pleas and entreaties in the world could make him change his mind. It is an open secret that the son of People’s Democratic Party (PDP) strongman, Anthony Anenih, has been dating Linda for quite sometime.

All efforts made by Tony’s wife, Esosa and some family members to thwart his love with Linda were futile. This is because Tony is madly in love with Linda. It would be recalled that Linda used to be married to Dean Priddy, the elder brother of Lagos island city girl, Louisa Priddy of Bacchus Bar fame. Linda’s marriage with Dean did not work out over irreconcilable differences that dogged their union. Linda’s heart was apparently somewhere else.

Despite threats and pleas from his wife and admonition from his relatives, Tony is set to consummate his love for Linda in holy matrimony. He plans to marry her next year come what may and he does not care what becomes of his wife, Esosa and the children.

There is no gainsaying Esosa has been suffering in silence but as preparations for her husband’s marriage with Linda intensify, she has developed great foreboding about her future and that of her children in Tony’s house, thus she has started calling close friends and family to intervene before it is too late.

Notwithstanding, Tony is desperate to marry Linda, mother of India, a pretty girl. The two lovebirds have been seen on many occasions and at public places, engaged in a brazen display of public affection.

Interestingly, Tony and Esosa got married in Benin, Edo State in 2002. Their wedding ceremony attracted A-Class guests, because Tony’s father, Chief Anenih wielded a lot of influence back then. So glamorous was the ceremony that the King of Juju music, King Sunny Ade, contracted to treat the guests to classic tunes from his repertoire of memorable music.

Until Linda came between them, the duo of Tony and Esosa enjoyed a good marriage, according to family sources. As it is now, Tony has reportedly informed his family and close friends that he will never let go of Linda whom he claims to be genuinely in love with.
But didn’t he tell Esosa the same thing? How fickle is the love of Tony Anenih?