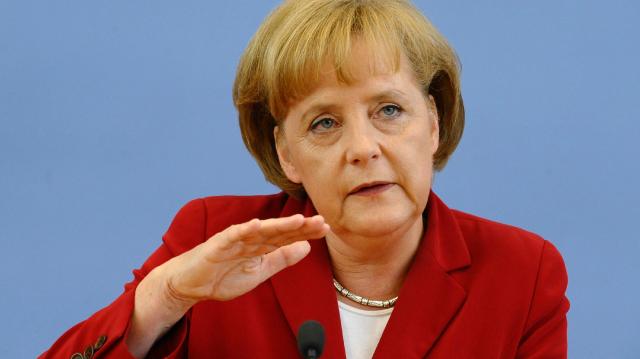 Now in office, Ms. Merkel and her newly appointed Social Democratic finance minister, Olaf Scholz, will travel to Paris later this week to start talks on Mr. Macron’s ambitious proposals for reforming the eurozone and the European Union.

The proposals including a bigger budget for the EU and more sharing of financial liabilities among members of the eurozone—are controversial in Germany.

A vague Europe chapter in the German government’s coalition agreement did little to paper over differences between the two ruling partners.

Ms. Merkel’s Christian Democratic Union is wary of any move to pool more resources among EU member states or reinforce existing financial backstops in the eurozone.

Mr. Scholz’s SPD has sounded more open but the voters are also suspicious about further party’s  integration in Europe.

Ms. Merkel’s new government will also need to forge a position on the terms of the U.K.’s planned exit from the EU and on how to respond to threats of punitive tariffs from the U.S. on imports of European steel, aluminum and, possibly, German cars.

The lawmakers’ vote bookends the country’s longest and most complicated coalition-building exercise in post-War history, nearly six months after a general election that delivered a fractured parliament and no obvious ruling majority.

The decision, with 364 ballots out of 692 votes cast, gives Ms. Merkel’s government, to be sworn in later Wednesday, a comfortable majority in the Bundestag, parliament’s lower house, which she will need to tackle an accumulating list of international and domestic challenges.

It also ends a period of political hibernation for Europe’s largest economy and the longest-serving of the continent’s current leaders.

Since Ms. Merkel and her contenders launched her electoral campaign last summer, Germany has had a “do not disturb” sign on its door.