newsheadline247
HomeForeignBeyonce donates $100,000 in scholarship to 4 US black colleges
Foreign

Beyonce donates $100,000 in scholarship to 4 US black colleges 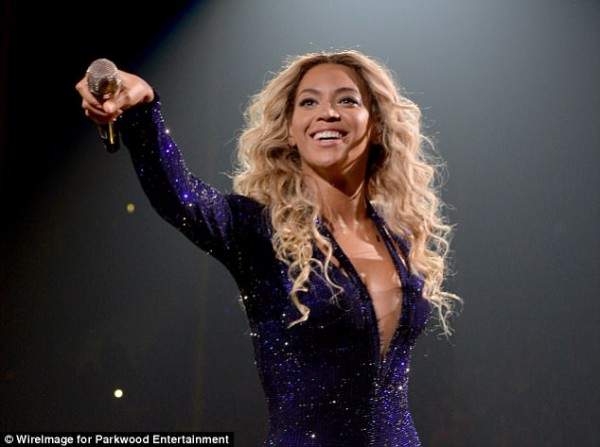 Singer Beyonce on Monday said she was offering $100,000 in scholarship money to students at four historically African-American colleges and universities in the United States.

The donation came on the back of her acclaimed two-hour performance at the Coachella music festival,

The Homecoming Scholars Award Program for the 2018-19 academic year will give away $25,000 in scholarship money to a student respectively at Xavier University of Louisiana, Wilberforce University in Ohio, Tuskegee University in Alabama and Bethune-Cookman University in Florida, the “Lemonade” album singer’s foundation said.

Beyonce’s performance at the Coachella festival in the Southern California desert on Saturday was billed as a homage to education and black American culture, featuring a marching band, performance art, choir and dance. She was supported by more than 150 performers on stage.

It was the first time a black woman headlined the two-weekend festival, one of the biggest U.S. music gatherings of the year.

“We honour all institutions of higher learning for maintaining culture and creating environments for optimal learning which expands dreams and the seas of possibilities for students,” Ivy McGregor, who administers the singer’s BeyGood foundation, said in a statement announcing the scholarship.

The more than 100 historically black U.S. colleges and universities were all established before the Civil Rights Act of 1964 when white-dominated institutions of higher education could bar African American students.

The “Formation” singer’s Coachella performance, which was streamed live on YouTube, was hailed as an “unprecedented celebration of black cultural influence in America” by NBC News.

Trade publication Variety called Beyonce’s show, her first in more than a year, a “musical, visual and physical triumph.”

Beyonce will perform again at Coachella this Saturday and she and her husband, rapper Jay Z, are set to begin a U.S. and European tour together in June.