HomeBusinessCrisis brews in Jaiz Bank as directors, others disagree over MD's appointment
BusinessFeatured

Crisis brews in Jaiz Bank as directors, others disagree over MD’s appointment 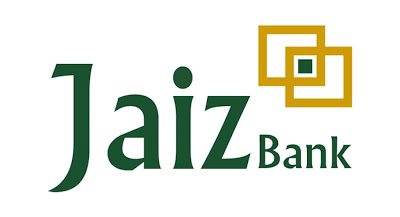 …both the current Managing Director of the bank and the new candidate have been caught in the bitter boardroom politics of Jaiz Bank.

There appears to be a brewing boardroom bickering at Jaiz Bank Plc over the tenure of the current Managing Director and the appointment of a successor.

The two claimants are the current Managing Director, Mallam Hassan Usman and a new candidate, Mr. Mohammed Shaheed Khan, who was appointed by the board to succeed Usman, according to The Nation NG.

It was alleged that due to COVID-19 pandemic which ravaged the bank’s board, the current MD fought back to regain his seat while a new appointment was subsisting.

Reacting to the alleged infighting among directors, a top official of the bank said there was no rift on the board of Jaiz Bank.

“In fact, the board of directors held its 34th board meeting with 100 per cent attendance on the 27th of October 2020. This was followed by a successful Extra Ordinary General Meeting (EGM) the following day which was presided over by the Chairman, Dr Umaru Mutallab,” the source said.

Regarding the offer of appointment to Khan, the source said the offer was given subject to the approval of the Central Bank of Nigeria (CBN). The apex bank approved terms different from what was offered to Khan and the board consequently decided not to proceed with the process of appointing him as managing director of the bank.

Meanwhile, according to investigation, both the current Managing Director of the bank and the new candidate have been caught in the bitter boardroom politics of Jaiz Bank.

Findings confirmed that some shareholders of the bank have sharp disagreement with some directors and board members.

It was gathered that some board members took advantage of COVID-19 infection of some of their colleagues to gain upper hand to reverse the decision of the bank to hire a new Managing Director/ CEO.

The boardroom crisis may cost the bank about N2 billion being the six-month salaries of Khan at $175,000 per month.

Investigation showed that the new candidate, Khan (who is a foreigner) was offered a letter of appointment on August 3, 2020.

The Central Bank of Nigeria (CBN) also on 17th September 2020 confirmed that it has no objection to Khan’s choice.

A top source, who spoke in confidence, said: “We have a boardroom crisis at hand. The current MD/CEO, Mallam Hassan Usman, was doing well but some directors insisted on change. They asked him to proceed on retirement and set machinery in motion for the recruitment of a new MD/CEO.

“Along the line, some board members who wanted the MD to retire became ill. Some aggrieved shareholders and board members held an Emergency Board meeting to nullify the retirement notice of the current MD/CEO.

“This is the challenge at hand. We are expecting the intervention of the CBN and restoration of peace to the board.

“The new candidate has written the bank to demand N2 billion as salaries for six months at US$175,000 per month. We may be drawn into a prolonged legal battle.”

Another source in the bank said: “I think the problem at hand was borne out of mutual suspicion among board members.