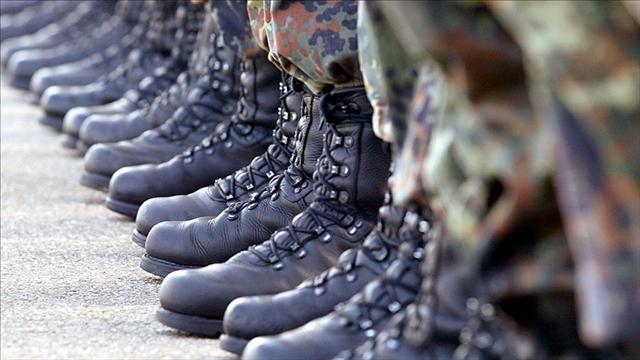 Agency Report               Dr Eucharia Ngozi-Oparah, Director-General, Nigerian Institute of Leather Science and Technology, (NILEST) says the military boots produced by the institute, ranked as one of the best globally.

She made the disclosure on Monday while receiving participants of the National Defence College (NDC) Course 26, Abuja during a visit to the institute in Zaria, Kaduna State.

The News Agency of Nigeria (NAN) reports that the members of the course 26 of the NDC were in Zaria for a study tour of strategic establishments.

“In 2016, the Nigerian Army Depot, Zaria awarded us a contract to produce 2,000 pairs of military combat black boots for its 76th Regular Recruits Intake and 350 officers’ shoes.

“I am pleased to inform you that NILEST was able to deliver to the extent that the Nigerian Army Officers’ Course ranked the boots as one of the best globally.

“Permit me to also inform you that because we were able to achieve this, the Nigerian Army awarded us another contract for 3,000 pairs of boots this year,” she said.

According to her, the 3,000 pairs are for the training of 77th Regular Recruits Intake.

She added that the institute had satisfactorily delivered the goods.

“At this juncture, it is my pleasure to inform you that NILEST mission is to provide globally competitive and environmentally friendly technology for leather and leather products and allied industry among others.

“Our goal also is geared towards innovation, recycling technology and waste management in leather and leather industry.

“Nigeria is blessed with abundant resources in raw hides and skin, NILEST is equally blessed with the expertise and technical know-how enough to convert the available raw materials into wealth,” she noted.

The director general said NILEST was constrained by inability to acquire modern technology equipment and machines to facilitate the institute’s production processes.

She appealed to the Nigerian Army, Nigerian Navy, Nigerian Air Force and other paramilitary outfits to patronise NILEST products to enable it maintain its leading role in Africa.

Earlier, the leader of the team, Brig-Gen. Martin Obiora-Enendu, said the NDC was established in 1992, then as a National War College in Lagos.

He said that the college was moved to Abuja, precisely in 2005, adding that the name was changed to National Defence College, Nigeria in line with global trend.

“The college is the apex military training institution in Nigeria and in sub-Saharan Africa, offering different strategic courses for officers from the rank of Colonel and its equivalent in the Nigerian Armed Forces.

“It is part of our curriculum that after instructions in the college, we go out to the field try to align instructions with practice,” he said.

The team leader said that the course was broken into nine blocks across 11 months, adding that the visit was in line with block three and four which dealt with economy, science and technology.

“Your institution had been chosen as a strategic establishment that can avail the participants the opportunity to be able to marry up instructions with practice.

“We see you as a cardinal part of the nation’s hub of research and development technology towards attaining national goals and objectives,” Obiora-Enendu said.

NAN reports that the team also took a facility tour of the institute’s machinery and equipment. NAN