Newsheadline247 understands the lawmaker has hurriedly built what sources described as “a makeshift” block of three class rooms and as well donated a 500kva transformer to a community in Igbesa, his home town. This is said to be his response to an unprecedented outcry of the people of his constituency over his inactiveness and lack of proper representation in the National Assembly. 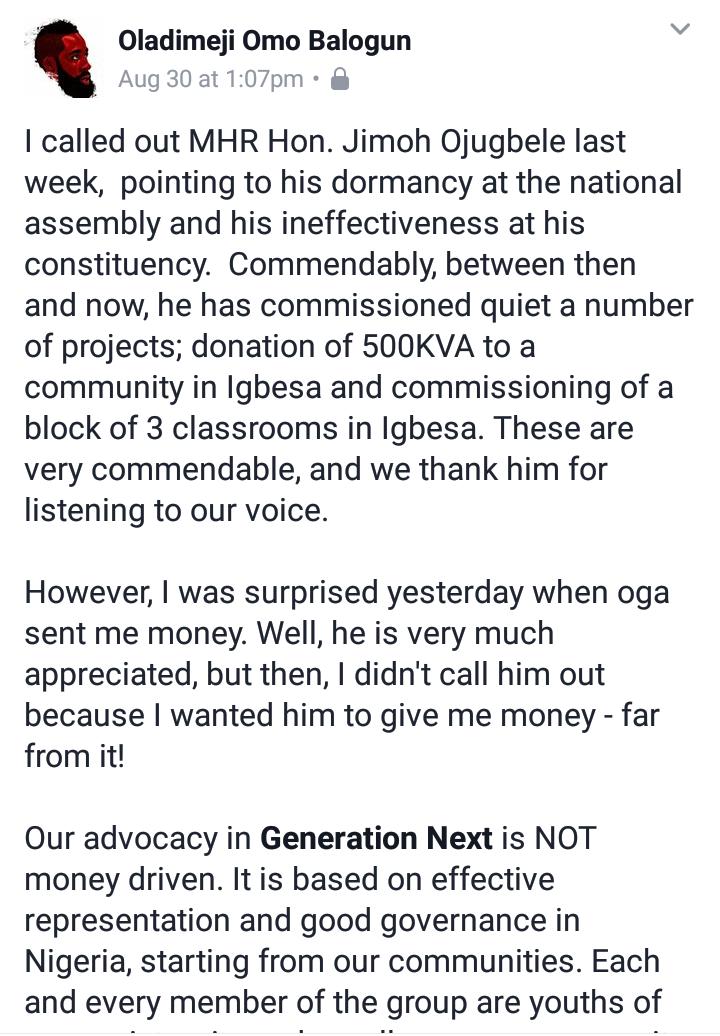 In additional swift reaction to the bitter complaints from the people he represents, Hon. Jimoh Ojugbele who sources revealed is aiming to become Ogun West senator come 2019 offered a leading figure of his critics the sum of N20,000. The money was said to have been ‘rejected’! 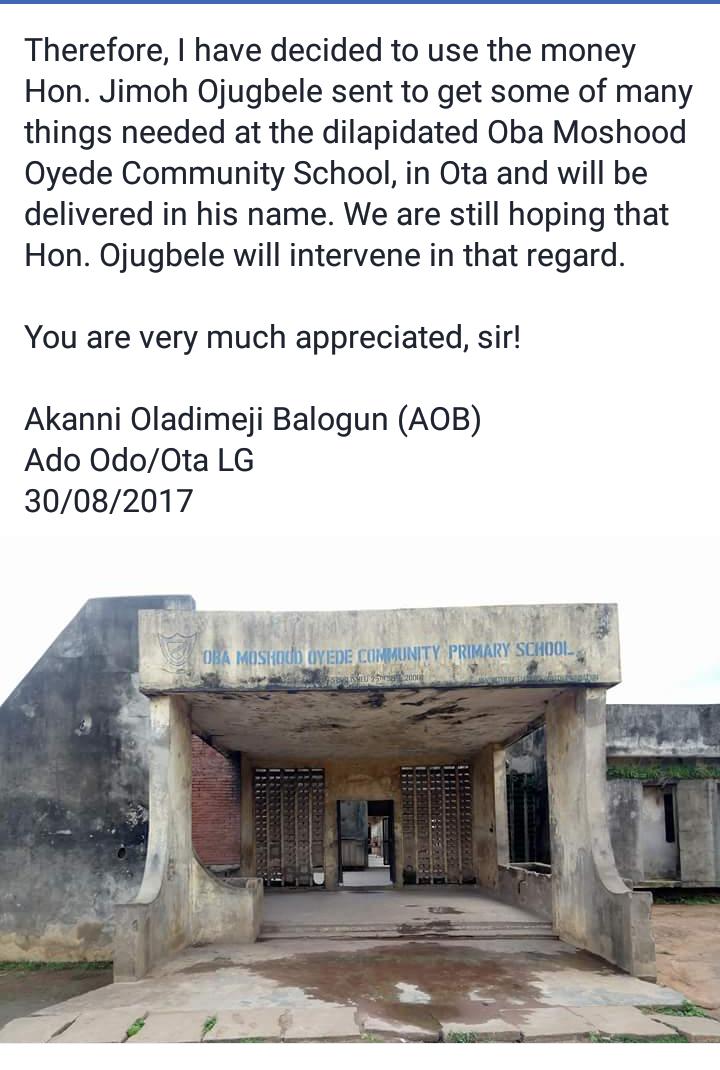 The critic, a youth advocate and leader of Ogun State youth movement, GenerationNext, Oladimeji Balogun had unequivocally posted on his facebook timeline that he was surprised when Hon. Ojugbele sent him money because he did not ‘call him out’ because of money.

“I was surprised yesterday when oga sent me money. Well, he is very much appreciated, but then, I didn’t call him out because I wanted him to give me money, far from it.” Oladimeji posted on his facebook timeline.

Newsheadline247 further digs revealed Oladimeji had said the ‘money’ will be used to buy school materials for one of the many forgotten public schools in Ado-odo/Ota, Hon Ojugbele’s Federal Constituency.

Oladimeji and others on the group’s whatsapp and facebook platforms last week slammed Hon Jimoh Ojugbele for ‘pocketing’ over N200 million in two years as salary without sponsoring a single bill.    Shame! Ado-odo/Ota Federal Constituents Slam Hon Jimoh Ojugbele for Dormancy in Federal House of Representatives +His Senatorial Ambition Cliff-hangs