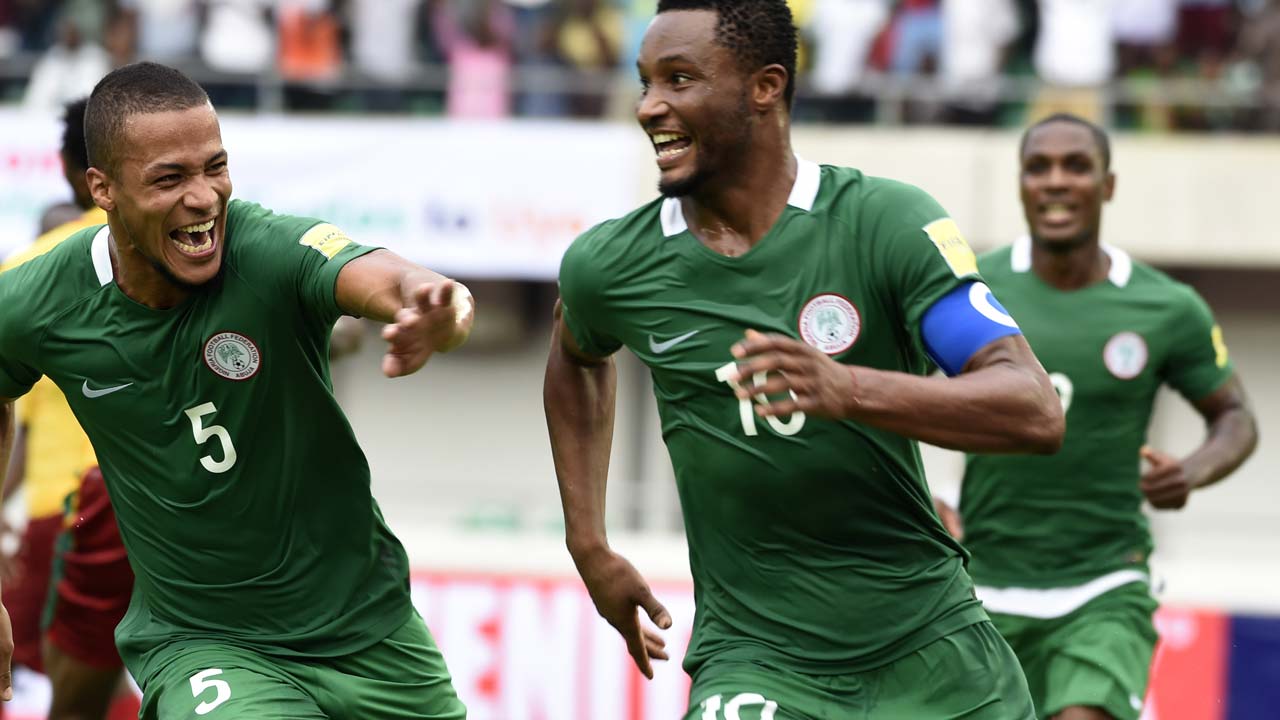 Nigeria took a step into the Russia 2018 World Cup yesterday when they dominated the Indomitable Lions of Cameroon in Uyo, beating the African champions 4-0.

If there were any doubts about the ambition of the Super Eagles to be at the Russia 2018 World Cup, it was emphatically erased by Gernot Rohr and his boys, who reduced the Indomitable Lions to sobbing cubs at the magnificent Godswill Akpabio Stadium, Uyo.

The Indomitable Lions were full of drama before and in the early minutes of the game, but the Eagles knew what they wanted and hit targets at each given opportunity.

Earlier on arrival on Thursday, the Cameroonian delegation rejected the five-star Ibom Le Meridien Hotel and Golf Resorts, Uyo, provided by the Akwa Ibom State government and opted for Davok Suites. They claimed that they had information that Nigeria had rigged the hotel with charms meant to weaken them.

One of the officials of the team, Jean Jacques Mouandjo justified their action, saying, “We know Nigerians and your witchcraft but you know Cameroun’s witchcraft is also very strong. So, we decided to pick our own hotel to avoid Nigerian witchcraft. We’re not afraid, we just wanted to keep our players concentrated fully on the match.”

But such ‘precautions’ could not help the Indomitable Lions’ cause as the Eagles showed why they are the team to beat in Group B of the qualifying series.

Cameroun started the brighter side, pinning Nigeria to their own half. But that was a momentary dominion by a team that knew it must get a good result to stay in contention for the World Cup ticket. 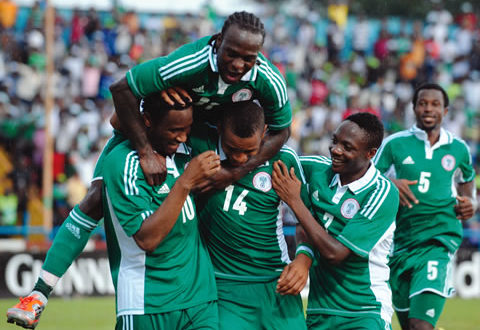 The tide changed 20 minutes into the game when the Eagles gradually imposed their game on the Camerounians. It was just a matter of time before Nigeria opened scoring and it came in the 29th minute when Odion Ighalo outmuscled a Camerounian defender to slot the ball beyond the despairing dive of goalkeeper Fabrice Ondoa.

The opening goal was actually made in China, as Tianjin Teda captain, John Obi Mikel won the ball in the midfielder and sent a long pass to Changchun Yatai F.C’s Ighalo, who did the rest.

Obi was the goal scorer in the 43rd minute when he reacted faster than the Camerounian defence to an Ighalo dummy to make scores 2-0.

One of the many bright spots in the Nigerian team, Victor Moses made it 3-0 in the 56th minute when he tucked in a pass from the impressive Moses Simon.

That goal deflated the Camerounians, who immediately adopted a damage control tactic against the rampaging Eagles. But they could not stop substitute Kelechi Iheanacho’s 77th minute headed goal following a brilliant work by Ogenyi Onazi’s from the right flank.

Yesterday’s win means Nigeria needs only three points to secure the ticket to the World Cup.

There are still nine points to contest for, with Nigeria meeting Cameroun in the reverse fixture on Monday. The Eagles will host Zambia in the penultimate matchday, before ending the campaign in Algiers against Algeria.

Cameroon are on two points and the highest they can get to if they win all their remaining games is 11, while Zambia and Algeria will end with 10 points if they also win all their matches. Guardian