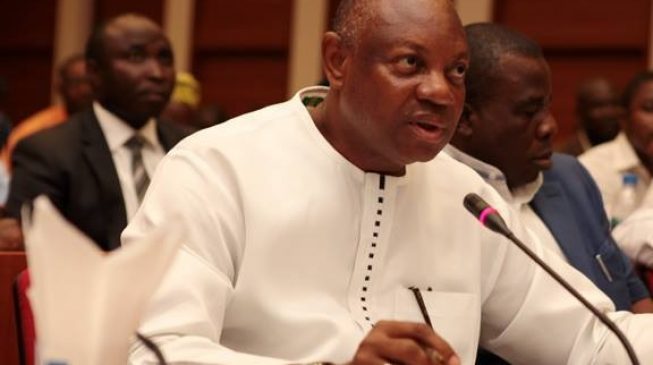 A sacked coordinator of the presidential amnesty programme for former Niger Delta militants,

Paul Boroh was arrested by the Economic and Financial Crimes Commission (EFCC) on Monday.

According to THISDAY, he was picked up by a combined team of operatives from the EFCC and the office of the national security adviser (ONSA).

Recall that last week, President Muhammadu Buhari sacked Boroh and subsequently ordered a probe of the activities of the amnesty office since 2015 when he was appointed.

THISDAY quoted a senior security agent as saying the former presidential aide was driven back to his house at about 3am on Tuesday.

“His home was searched for several hours and about $9 million cash was discovered in several safe boxes in several parts of the house,” the security source was quoted as saying.

“The combined team of EFCC and the National Security Adviser operatives were very thorough with the search. Indeed, at a point, the operatives broke all the locks in the home including his wife’s closet. The recovered cash has been deposited at the office of the NSA.”

Boroh’s sack is said to have been connected to a petition written against him in August 2017 by the Niger Deltans for Accountability and Good Governance (NDAGG).

The group had accused Boroh of diverting N70 billion, part of which was meant for the payment of tuition fees and living expenses of Niger Delta students in universities within and outside the country.