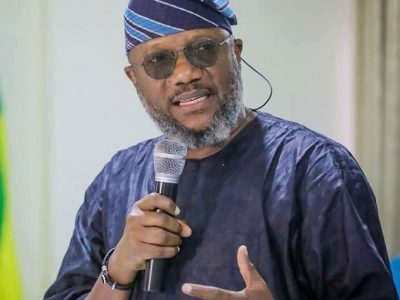 Akinlade of the Allied Peoples Movement (APM) and his party secured the services of legal luminary to challenge the popular victory of Prince Dapo Abiodun of the ruling All Progressives Congress (APC).

The lawyer, on behalf of the APM and its candidate, on Tuesday urged the governorship election petition tribunal in the state to give an order mandating the Independent National Electoral Commission to grant them access to the documents used for the conduct of the election.

The petitioners said the inspection became imperative to enable them to file a petition before the tribunal.

They said without the tribunal’s order, the respondent would not avail them the required documents for the purpose of filing their petition.

The documents sought to be inspected, they said, “are indispensable for the purpose of instituting and maintaining the said petition.”

The petitioners‘ prayers include, “An order directing the first respondent to forthwith grant access to the petitioners/applicants and their solicitors, agents, experts and other staff to inspect, photocopy, scan, pay for and obtain certified copies of all documents used by the first respondent for the conduct of the Ogun State governorship election held on March 9, 2019, for the purpose of instituting and maintaining election petition; the said documents being the ones contained in the schedule attached to the supporting affidavit to this application.

“An order allowing/permitting the petitioners/applicants (for the purpose of instituting and maintaining an election petition) to inspect, scan, photocopy, pay for and obtain certified copies of the electoral documents contained in the schedule attached to the application, same being the documents that are in the custody of and were used by the first respondent in the conduct of the governorship election that took place in Ogun State on March 9, 2019.

“An order directing the first respondent to promptly abide by the orders of this court, made in the terms of the ex parte application.”