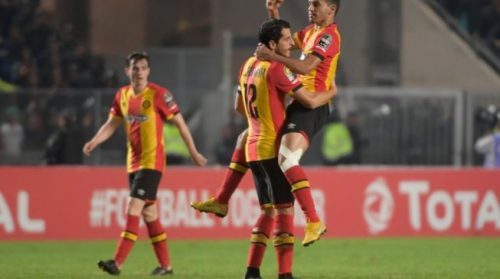 Esperance of Tunisia defeated Egyptian side, Al Ahly 3-0 to win the final of 2018 edition of the CAF Champions League at the Stade Olympique de Rades on Friday.

Al Ahly had pummeled the Tunisian side 3-1 in the first leg encounter of the final. The result placed the Egyptian side in a vantage position ahead of the second leg.

But Esperance proved their mettle to win 3-0 in the return leg and earned a 4-3 aggregate victory over their North African rivals.

It was a cagey battle in the opening exchanges as both sides played safe.

Esperance were chasing their third CAF Champions League glory while Al Ahly wanted to make it a record ninth.

The Blood and Gold pushed forward in numbers in a bid to reduce the first leg deficit.

Late in the first half, they raced in front through Saad Bguir.

Bguir grabbed his second of the night to give Esperance a 2-0 lead.

Anice Badri scored the third goal, his eighth goal of the competition to seal an all-important victory for Esperance.