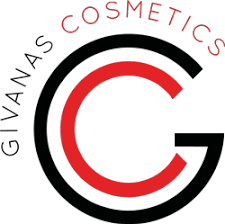 Lagos, Wednesday 4th of October; over three hundred workers of Givanas Cosmetics, a Lebanese firm in Apapa, locked up the gate of their factory in obvious frustration with the management anti-labour stand and arbitrary cut in their paltry take-home pay.

It was also alarming to know that without prior consultation, the Factory Manager, an immigrant Lebanese, Mr Sheriff Zacca allegedly cut their wages to N800 & N700 for the two grades of casual workers respectively.

Newsheadline247 understands this irked the workers to protest the wage cut and other alleged inhuman treatments by the expatriate Lebanese manager.

While the protest was ongoing, our source informed that Mr Zacca organised armed security personnel to disperse, coarse and intimidate the hapless workers, threatening “they will all be sacked as there are many looking for jobs on the streets.”

It was gathered that a pro labour organization, United Action for Democracy took up the case with the management and labour centre.

It was also learnt that Givanas Cosmetics Human Resources Manager, Mr Daniel Itiveh pleaded with the organization that “there was only slight misunderstanding and that four out of the casuals have been staffed since his assumption of office recently.”

Further digs show that the organized labour is however angry with Givanas Cosmetics’ refusal to allow its employees join and be members of labour unions for the protection of their constitutionally guaranteed rights.

An impeccable source also hinted that “the workers are subject to intense pauperisation, sordid harmful factory exposure and casualisation beyond the period stipulated by extant labour laws.

“Labor believes that the factory is another industrial accident waiting to happen.

“We are concern that what happened in Ikorodu where workers were locked up and burnt into ashes by a foreign-owned factory shall never occur again” the source informed.

We gathered that one of the labour centres has already written the factory and may likely take further steps as may be appropriate to ensure that the company respects the country labour laws.

However, Mr Daniel Itiveh told newsheadline247 that the allegation of labour slavery in Givanas cosmetics factory are mere “hearsays and perpetuated lies.”

In his response to our mail, Daniel said “the mentioned allegations are to the best of my knowledge, hearsays.

“We are not sure what the motives of those perpetuating these lies are as there has not been any demonstration at our premises.

“As an organisation, we have a strong employee value proposition and we are law abiding.

“Check your records, our organisation currently runs a foundation- Givanas Foundation- and we encourage you to visit us to see first-hand the impacts we are making in peoples’ lives,” Daniel stated.