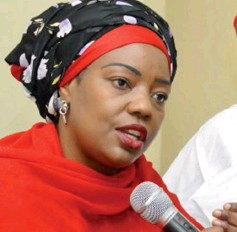 In continuation of efforts toward strengthening the Atiku Abubakar 2019 Presidential bid, the Campaign Organization (APCO) has announced the appointments of former Director-General of the National Orientation Agency, NOA Mike Omeri as the Director in charge of Communication.

Also appointed is Dr. Baraka Umar from Kano State, former Senior Special Assistant to President Goodluck Jonathan on School to Agriculture Programs as the Director in charge of Delegates Management.

He also worked as Public Relations Manager, State Controller, and Manager of the Federal Mortgage Bank in Nasarawa and the Head Office in Abuja.

Before her appointment, Baraka Umar was Commissioner for Agriculture under Governor Rabiu Musa Kwakwanso in Kano State, and she contested for the post of National Women Leader of the Peoples Democratic Party at the December, 2017 Convention in Abuja.