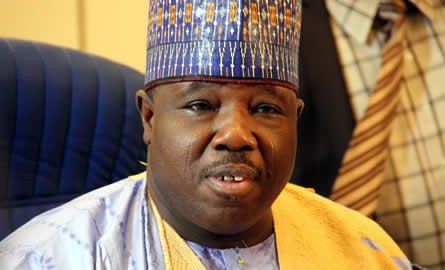 Sheriff, a former governor of Borno State is to lead a 35-member Support Committee 10-member National Advisory Committee and five national patrons with President Muhammadu Buhari as the Grand Patron.

Other notable members of the committee are Vice President Yemi Osinbajo, Secretary to Government of the Federation Boss Mustapha, Asiwaju Bola Ahmed Tinubu and Alhaji Mamman Daura as national patrons.

Also, a popular Kano musician Dauda Rara was appointed national director of music, while a Nollywood actor and Lagos lawmaker Hon. Desmond Elliot is the national publicity secretary. The Chief of Staff to the Imo State governor and governorship aspirant of APC, Uche Ugwumba Nwosu, is the national secretary.

The Senior Special Assistant to the President on Political Matters, Hon Gideon Sammani, who made the disclosure in a statement, said that “prominent individuals were selected after the APC National Convention to build on the momentum of the success to step up preparation within the hierarchy and ranks and file of the party to fully support President Muhammadu Buhari to continue with his programmes and policies for the upliftment and advancement of the country with the manifesto of the APC.

“In preparation for the reelection of President Buhari in 2019, the Presidential Support Committee, Buhari 2019 has appointed eminent Nigerians to the National Working Committee of the organisation.

“The prominent individuals have been selected from Buhari Support Group in their own rights as loyalists.”

The Director-General of Buhari’s 2019 campaign is Chief Rotimi Amaechi, the former governor of Rivers State and current Minister of Transport.