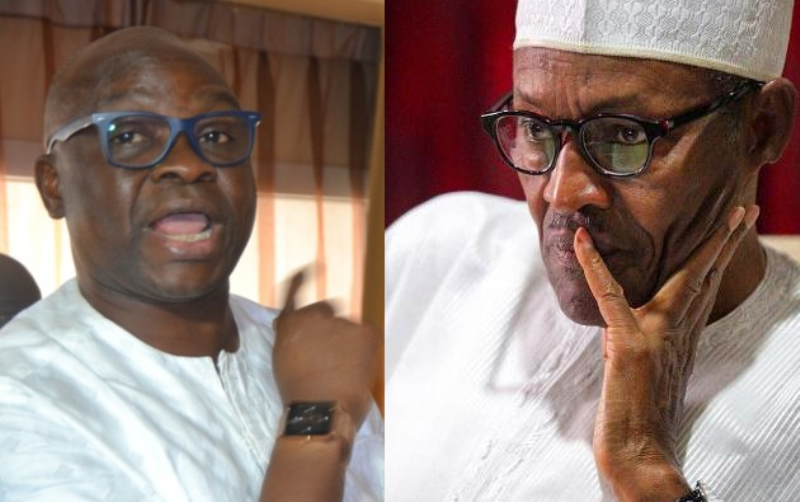 Ekiti State Governor Ayo Fayose has again condemned the federal government over its nonchalant attitude towards ending the fuel scarcity being experienced across the country, calling for the immediate resignation of President Muhammadu Buhari as the Minister of Petroleum, The Guardian NG reports.

The governor called for the immediate resignation of President Buhari as the Minister of Petroleum, noting: “It is obvious that the president has failed in all ramifications and he needs to do Nigerians a favour by relinquishing the portfolio of Minister of Petroleum.”

Fayose who reiterated his position that the All Progressives Congress (APC) federal government was punishing Nigerians with fuel scarcity so as to achieve its planned increment of petrol pump price from N145 to not less than N185 per litre, added; “Already, fuel is being sold officially at between N180 and N200 at petrol stations across the country.”

In a release issued on Friday, Governor Fayose’s Special Assistant on Public Communications and New Media, Lere Olayinka, quoted him as saying that “it is sad that this government had to choose this Christmas and New Year period to ground Nigeria with the fuel scarcity that it deliberately orchestrated.”

Fayose said: “Like I said a few days ago, what the federal government is doing is to create scarcity so that Nigerians will be willing to buy at any price, provided the product is made available.

“It was to achieve this planned increment of petrol pump price that they restricted supply of petrol to NNPC alone.”

The governor, who sympathised with Nigerians for the hardship they are being made to go through by the APC government, said: “I warned Nigerians before President Buhari was elected and I am telling Nigerians now that the only option to rescue our country from being brought down completely is to vote out Buhari and APC in 2019.”