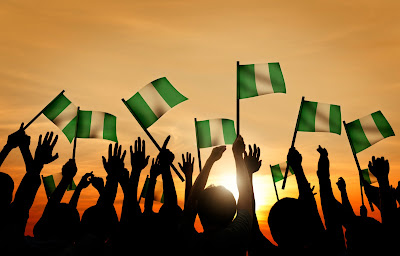 Norman Gimbel and Charles Fox might not have visited or know much about Nigeria, there, however, exist a factor responsible for the duo to portray actions of citizens explicitly with their chartbuster.

Strumming my pain with his fingers,

Singing my life with his words,

Killing me softly with his song,

Killing me softly with his song,

Telling my whole life with his words,

Killing me softly with his song.

Nigeria is daily put to death by many from the top through the middle class to the lowest set.

Our fingers serve cold slow death to the nation.

We mouth words of greatness but act in contrast.

Our unpatriotic acts keep the nation confined to the sick bed.

My experience at a first generation bank this morning is relayed thus:

Resumption time of banking activities has been raised to 10:00a.m as against 8:00 a.m, rising overhead costs is being cited as the cause of shift in time. Meaning limited hours for teeming customers to get their transactions done.

Considering the huge customer base of this bank that I will hide her identity for now, people set out early and wait at the gate in readiness for when they open their security doors which is rendered not different from any member that is fitted to an opening for the purpose of allowing and or denying people entry.

Customers seated atop an array of plastic chairs under the canopy with unique numbers are called into banking hall in batches according to the queue, sadly this is not adhered to religiously. Exceptions largely exist security agents make brisk business allowing whoever can part with few wads, but eager to get preferential treatment. Who does not like good things? Forget morality at the moment even though it is a necessary ingredient in launching Nigeria along the path of honour.

In the rowdy banking hall a young man with a modest frame raised his voice, drawing attention of many who are eager to hurriedly leave the premises.

His complaint has to do with foreign exchange remittance. The officials told him there was no forex to pay him that he should accept our currency naira at the official NAFEX rates.

Sight of security officials who were attracted by his insistence did nothing to calm him down.

While all was happening I observed while waiting on the queue outside under the shade provided, clutching tightly the number given at the gate. A tall man in caftan walked by the waiting area, he headed straight to the entrance and was ushered in the banking hall.

People mumured and wondered why someone will just stroll in while others are subjected to a rigorous waiting exercise.

Those who know him quipped he is a regular not just in this bank but also others in town. According to them he comes regularly to mop up foreign exchange on invitation by bank officials.

The protesting young might have sighted the man and sense what is at play.

I am curious to know how those who  expect foreign exchange via platforms like Western Union, Ria and the rest are told forex is unavailable while the street dealers walk freely in and out of banking halls. This is not different from how new local currencies are hardly available in the banking halls but a common item sold on the streets.

At their own level.

In their own world.

Bank officials create a window of opportunitues for  parallel market to access foreign currencies an action that further compound the forex debacle of the nation. It might be viewed as insignificant but it is a daily occurrence happening in virtually every branch of all banks.

Everyone taking a turn at worsening the Nigerian situation.