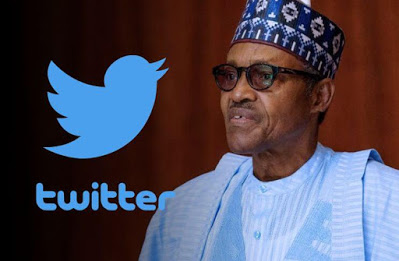 Nigerian President Muhammadu Buhari has announced that the suspension on Twitter’s operation in the country has been lifted.

The president disclosed this in his Independence Day broadcast, as the nation marks its 61st anniversary.

According to President Buhari, while efforts were ongoing to prevent further misuse of social media, the suspension of Twitter operation in Nigeria had been lifted. It is, however, subjected to some conditions.

“Social media is a very useful platform that has enabled millions of Nigerians to connect with loved ones, promote their businesses, socialise, and access news and other information.

“​However, recent events have shown that the platform is not just an innocuous platform for information dissemination.

“​Rather some users have misused the platform to organise, coordinate, and execute criminal activities, propagate fake news, and promote ethnic and religious sentiments.

“​Following the suspension of Twitter operations, Twitter Inc. reached out to the Federal Government of Nigeria to resolve the impasse. Subsequently, I constituted a Presidential Committee to engage Twitter to explore the possibility of resolving the issue.

“The Committee, along with its Technical Team, has engaged with Twitter and have addressed a number of key issues. These are: National Security and Cohesion; Registration, Physical presence and Representation; Fair Taxation;
Dispute Resolution; and Local Content.

“​Following the extensive engagements, the issues are being addressed and I have directed that the suspension be lifted but only if the conditions are met to allow our citizens continue the use of the platform for business and positive engagements.

“​As a country, we are committed to ensuring that digital companies use their platform to enhance the lives of our citizens, respect Nigeria’s sovereignty, cultural values and promote online safety,” he said.

The government had, on June 4, announced the indefinite suspension of the micro-blogging site’s operation following the deleting of tweets made by President Buhari, who had threatened to treat members of the Indigenous People of Biafra (IPOB) in the “language they understand”.

The federal government had, however, attributed the suspension to “the persistent use of the platform for activities that are capable of undermining Nigeria’s corporate existence”.

In August, the government said it had made “tremendous progress” in resolving the impasse following a series of meetings and that an “an amicable solution is very much in sight”.