Mikel out, Simon returns as Rohr names 23 for Libya 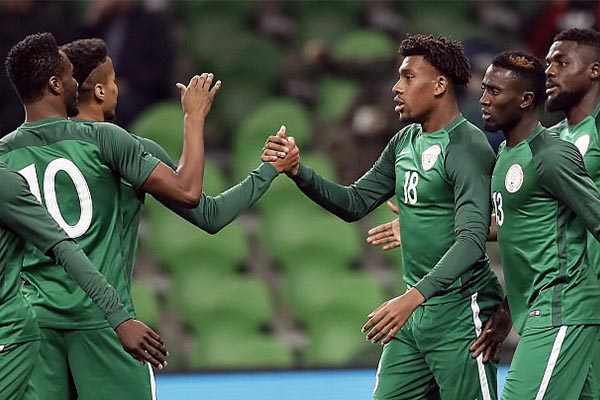 Nigeria’s Super Eagles Captain, John Obi Mikel will not be playing for Nigeria in the African Nations Cup qualifying series after his name was conspicuously missing in a list released by the national team’s handlers.

This will be the second game in a row the former Chelsea star will not be featured.

Mikel was excused from the last match against Seychelles in Mahe as he pleaded to be given time to recuperate fully from the injury he copped at the Russia 2018 World Cup.

In the squad released by Rohr yesterday are Moses Simon, who has not played for Nigeria since injury ruled him out of June’s World Cup, William Troost-Ekong, Alex Iwobi and Ola Aina, who missed the match against Seychelles due to injury.

Goalkeeper Ikechukwu Ezenwa is the only home–based professional in the squad. China–based forward Odion Ighalo and Russia –based defender Bryan Idowu are also among the pack that has been called to hunt for the six maximum points against Group E leaders Libya in the Matchday 3 and 4 games. Nigeria host the first leg at the Godswill Akpabio Stadium in Uyo on Saturday, October 13 with the return scheduled for the 18,000–capacity Stade Taïeb Mhiri in the city of Sfax, Tunisia on Tuesday, October 16.

Also back in the team is former junior international, Isaac Success, but Italy–based Simeon Nwankwo, who was in Seychelles and scored against Liberia in a friendly last month, is omitted. 2015 U17 World Cup–winning captain Kelechi Nwakali is also overlooked.

According to the NFF, all the invited players are to report in Uyo next Monday.Libya coach Adel Amrouche has also named a very strong squad that will confront the Super Eagles in the 2019 Africa Cup of Nations qualifiers.The double-header clash could determine the fate of both teams. Libya leads the group with four points, while Nigeria sits third with three points on the table.