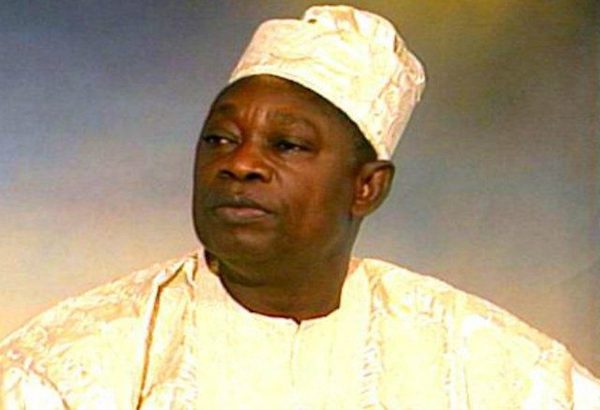 The Alaafin of Oyo, Oba Adeyemi Lamidi and the national leader of the ruling All Progressives Congress (APC) Asiwaju Bola Tinubu were spotted on Tuesday among early arrivals at the Presidential Villa, Abuja.

Also reportedly already in at the Villa is Senator Jonathan Zwingina.

They are in the State House for the investiture ceremony of the presumed winner of the June 12, 1993, presidential election, late Chief Moshood Abiola and other heroes of democracy.

The Federal Government had announced it will on Tuesday confer a posthumous award of Grand Commander of the Federal Republic (GCFR) on late Chief MKO Abiola, the presumed winner of the historic June 12, 1993, presidential election.

The late foremost human rights activist, Chief Gani Fawehinmi will also be conferred with a posthumous Grand Commander of the Order of the Niger (GCON) award.