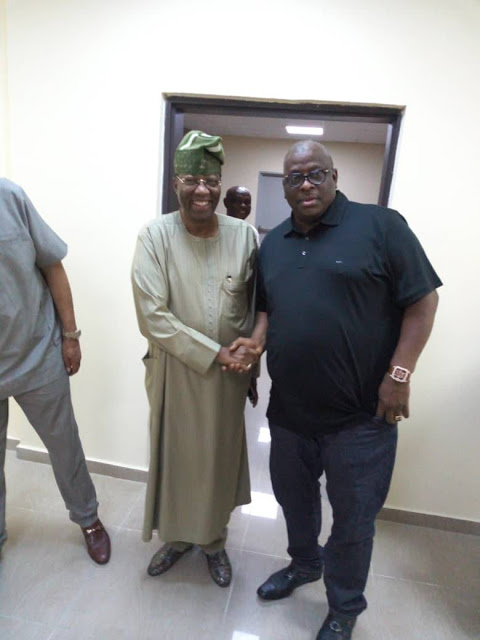 Says reconciliation with OGD is genuine……

He said;  “Otunba Gbenga Daniel is a two-term governor of Ogun State; he is, therefore, my leader. Most of the leaders in PDP today have at one time or the other serve under him. I say it again, he is my leader. Whatever step I am taking is in the overall interest of party faithful and the masses who have resolved to vote for PDP in 2019.

“We lost to Action Congress of Nigeria (ACN) in 2011 as a result of the division in the party. The same thing happened in 2015. We are no longer going to allow that to happen in 2019. In the interest of members of the party and the masses, we have decided to put the past behind us. We are confident that our leader, Otunba Gbenga Daniel will lead us to victory in 2019. He has done it before and he will do it again. There is no division in Ogun PDP again,” Kashamu said.

In his words, the Ogun State PDP chairman,  Engr. Bayo Dayo commended the lawmaker for having the interest of followers of the party and the masses at heart, saying the reconciliation will return PDP to the seat of power in 2019.

A chieftain of the party, Prince Segun Seriki was full of praise for Senator Kashamu, describing him as a rare breed.