HomeNationalObasanjo, others joins Buhari at Council of State meeting
NationalNews

Obasanjo, others joins Buhari at Council of State meeting 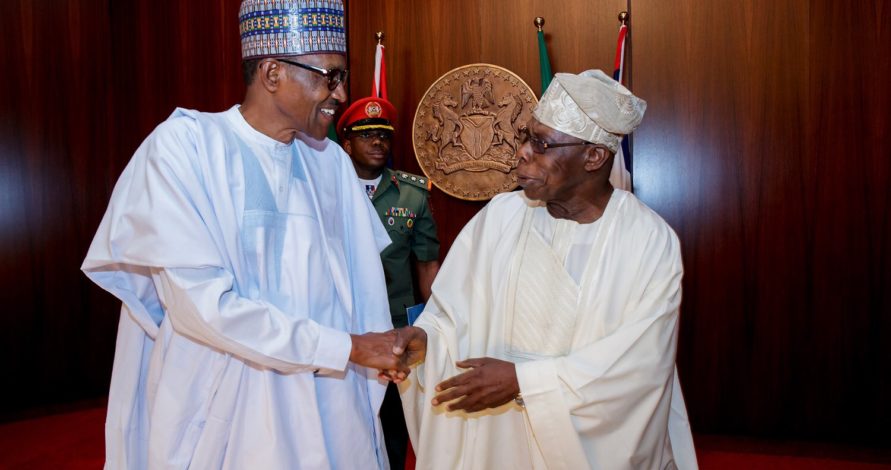 Former President, Olusegun Obasanjo and two former heads of State will be attending the meeting of Council of State in Abuja on Thursday.

The meeting which started at 11.00 a.m is also being attended by Senate President Bukola Saraki and state governors.

Newsheadline247 understands the meeting of the Council of State will deliberate on key national issues including appointment of National Commissioners for the nation’s Independent National Electoral Commission.

A report has it that minute silence was observed in memory of late former Chief Justice Dahiru Mustapher, who died recently.