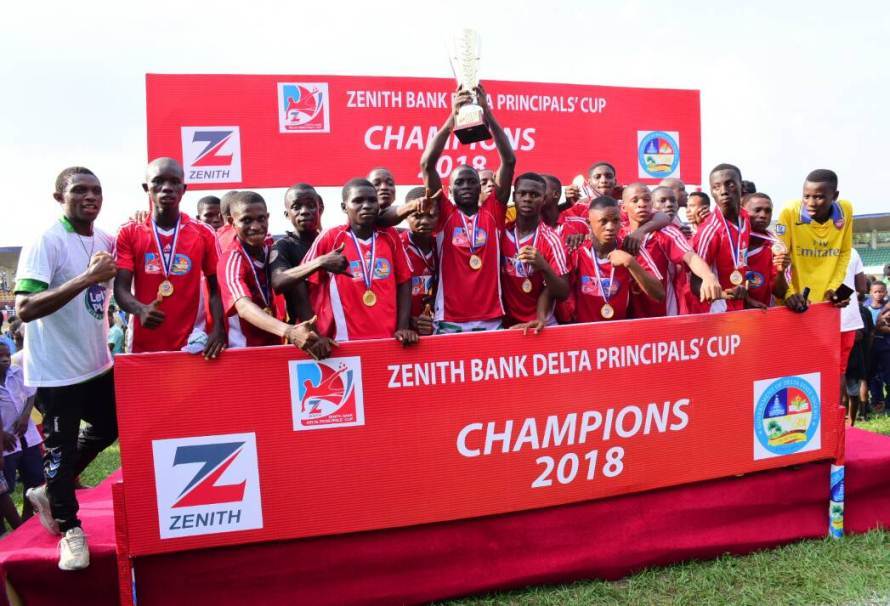 “The future still holds a lot for students of Delta state,” he said.

“I must thank our sponsor Zenith Bank for what they have been doing because this is the second edition, we are very proud of Zenith Bank.

“I hope they will continue to help the state and hope by next year, the schools that qualified for the final will be camped together for some days before the game, so that they will be able to display more football prowess.
“Last year I said we need to go back to the grassroots and catch them young, so we are going to be having the Headmasters’ Cup next which had already received approval.

“Apart from the sum of N200,000 that will be giving to the best performers like the Most Valuable Player, Best Goalkeeper, Highest Goal Scorer, by the year 2019, the school that will win the final will go home with a bus and also the winner of the Headmasters’ Cup.”

Meanwhile, the MD/CEO of Zenith Bank, Peter Amangbo, who was ably represented by the Zonal Head, Asaba of the bank, Lucky Ighade, has assured of the bank’s commitment to the completion.

The MD gave kudos to the finalists as he described all of them as winners having gone from the preliminary stage to the final.