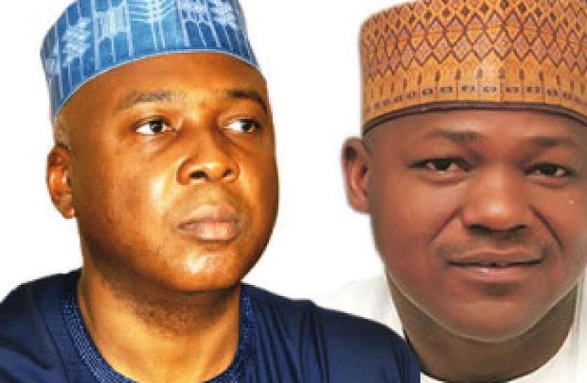 Justice Rilwan Aikawa of the Federal High Court, Ikoyi, Lagos has ordered Senate President Bukola Sakari and House of Representatives Speaker Dogara Yakubu to account for the spending of N500 billion as running cost for the legislative body between 2006 and 2016.

The court also ordered them to disclose monthly allowances of each member of the two legislative bodies.

The judge gave the order on Friday while ruling in an application filed before the court by a rights group, Social Economic Rights and Accountability Project (SERAP).

Justice Aikawa granted the order for leave following the hearing of an argument in court on an ex parte motion by SERAP’s counsel Ms Bamisope Adeyanju.

Two suits filed last December by SERAP followed disclosure by Abdulmumin Jibrin that senators and House of Representatives members have pocketed N500 billion as “running cost” out of the N1 trillion provided for in the National Assembly budgets between 2006 and 2016.

SERAP, in the suits, sought for “a declaration that the failure and/or refusal of the respondents to disclose the spending of N500 billion as running cost between 2006 and 2016 and the monthly income and allowances of each senator and member amounts to a breach of the fundamental principles of transparency and accountability and violates Articles 9, 21 and 22 of the African Charter on Human and Peoples’ Rights (Ratification and Enforcement) Act.

Justice Rilwan Aikawa, while ruling on the matter, said: “I have looked at the papers filed by SERAP and I am satisfied that leave ought to be granted in this case for judicial review and an order of mandamus directing and compelling Saraki and Dogara to account for the spending of the running cost and disclose the monthly income and allowances of each senator and member.”

Following the ruling of the court, the motion on notice filed by SERAP is set for Tuesday, December 12 for the hearing of argument on why Saraki and Dogara should not be compelled to publish details of the spending on the running of the National Assembly and the exact monthly income and allowances of each senator and member.