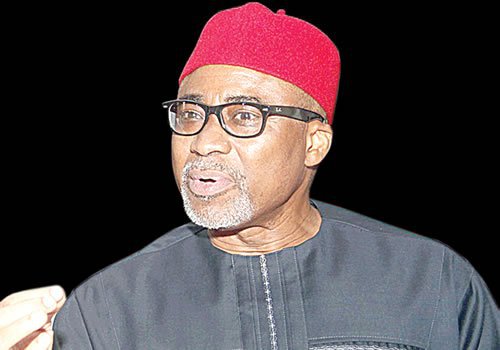 A senator representing Abia South in the Senate, Senator Eyinnaya  Abaribe has been arrested by the Department of State Services (DSS)

Reports stated no official reason has been given for his arrest.

Abaribe, Chairman, Senate committee on power, steel development and metallurgy, had recently alleged that N30 billion was smuggled into the allocation for power in the 2018 Budget, was picked on Friday by the security operatives at Maitama Districts in Abuja

He had revealed that his committee was not aware of the insertion of the N30 billion listed for expansion and re-enforcement of infrastructure in the distribution companies to reduce stranded firms.

“The amount never passed through the Senate power committee. Where did such huge sum of N30 billion come from?

Abaribe who also chairs the south-east senate caucus, expressed shock over the cut in the budget allocation for the Enugu airport terminal saying an emergency meeting of south-east lawmakers had been summoned to unravel when the cut was effected and by who.

“No right-thinking Igbo man would support any cut on allocation for projects in the south-east region,” he said.

“We are committed and determined to find out who made the cut.

“We actually lobbied for the Enugu airport terminal allocation to be increased to N3.5 billion until the ministry of aviation told them that it could not be increased beyond the N2 billion allocation.”