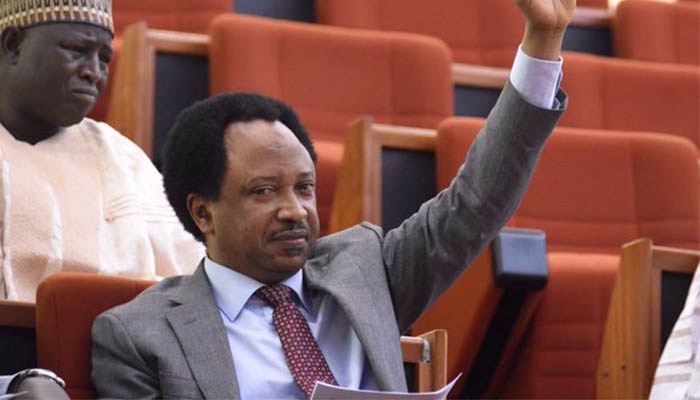 A senator representing Kaduna Central, Shehu Sani, has exposed an alleged hidden secret of the Nigerian Senate after revealing that he and his colleagues receive N13.5 million monthly as “running cost” aside salary.

In an explosive interview with TheNews NG, Senator Sani stated that the running cost does not include regular N700,000 monthly consolidated salary and allowances which they also receive.

Details of the interview were on Wednesday published by SaharaReporters.

“I think what we can say is that the running cost of a senator is N13.5 million every month,” the senator said.

He explained that though there is no specification on what the funds were meant for, each lawmaker is mandated to provide receipts to back up their expenses.

Mr. Sani explains, “But what I am saying is that that money (N13.5 million per month) must be receipted for what you do with it. But what you are given to go and spend without any accountability is N750,000.”

The lawmaker also spoke on the controversial constituency projects for federal lawmakers.

“The constituency project itself is given on a zonal basis and almost every senator will go with a constituency fund of about N200 million, but it is not the cash that is given to you.

Mr. Sani said the process of executing the projects was fraught with fraud.

“Now, the corruption comes when the projects are not done and the money is taken. But right now, it is difficult to do that because NGOs and transparency groups have come into it. They track every allocation made to you and where they are being used.

“So, it’s becoming difficult for what used to happen in the past to happen now.

“But I can tell you that I would love a situation where we do away with running costs, constituency projects and leaves senators and members of House of Reps with salaries.

The senator stated that members of the National Assembly ideally shouldn’t be involved in constituency projects. He had earlier favoured this position while speaking at the launch of fact-checking and constituency projects tracking websites organised by the Premium Times Centre for Investigative Journalism (PTCIJ).

“There are issues that we need to understand. First, I don’t believe that members of the National or even state assemblies should be involved in carrying out what is called constituency projects,” he said in the interview.

“When people are elected into the National Assembly, they should just be involved in lawmaking, raising motions, bills and also performing oversight functions. But we live in a society where people cannot differentiate between the legislators and the executive.

“When the people come to you, they want you to build roads, dig boreholes, build hospitals, schools, give money, pay school fees for them. Now, if we have a society in which people will stop asking legislators to do those things, then there is no need (for the allowances) But funny enough, if you are very active in the National Assembly in making laws and you don’t embark on projects in your constituency, you cannot in any way be appreciated by the people you are there to serve because the electorates in United States are different from the electorates in the United States and Africa.”

Mr. Sani’s revelation is the first by a lawmaker from the Senate since the clamour by Nigerians for transparency of lawmaker’s earnings. His revelation also puts a doubt to the National Assembly budget for 2017 released last year after public pressure. That budget had no subhead for office running cost, indicating the funds are hidden under a separate subhead.