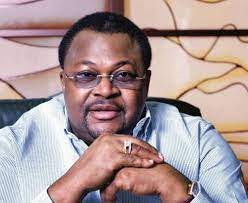 “The Achievement I Am Most Proud Of” – Tony Elumelu

Adenuga is one of one billionaire in the sense that, you wouldn’t see him at any random event, you will not hear him quoted in the papers or on TV but his impact pervades philanthropy, business, sports and contemporary culture

Billionaires and their Schtick –

Until very recently, the mention of billionaires has evoked pictures of boring older individuals who have spent decades honing their craft. Now, times are shifting and much younger people have worked hard to amass wealth while maintaining their individualities and peculiarities.

While tons of young billionaires have sprung up from music, tech, arts and many more sectors, there is the not so young who in the face of a vastly changing world continue to define their own sense of being and nothing could be cooler. They all find intersection in their coolness. Here is a list of 10 of the world’s coolest billionaires in the world as compiled by Kevin Mark for Global Super Brands

Jay-Z: Hip Hop’s first proven billionaire, Jay-Z is one-half of a power couple that symbolises wealth, beauty and style. The ‘B’ to Hov plays a double entendre defining his iconic cultural legend wife, Beyonce and his status as a billionaire. The billionaire who started out amassing his wealth through music has built an impressive portfolio that cuts across real estate, art, spirits, tech startups  and a plethora of investments in multi-national companies. A rapper famous for his creativity with words, Jay-Z has revealed that he never writes his lyrics down but spits them straight from his head! His coolness derives from a plethora of sources but without playing to the obvious – say his music -, we would have to speak to the much bigger deal; the fact he can lay claim to the successes of at least 3 other billionaires; Rihanna, Kanye West and Lebron James. If you want to know what Hov did with these trio, you better listen to ‘God did’ on the latest DJ Khaled album. Jigga is as cool as they come.

Richard Branson: a British billionaire who founded the Virgin Group, Branson, capitalising on his business acumen and skills, launched the Elders, an independent group of top global leaders tackling key world problems. When selling the record label of Virgin in 1992 for over $1 billion, he is reported to have cried through the entire selling process. It wasn’t about the money to him, it was more of how Virgin Records was his pathway to success. Richard Branson does what other billionaires do at times, he just tries to do it first.

Oprah Winfrey:  staying true to her story and origin, Oprah Winfrey not only used her show – The Oprah Winfrey Show – to create the needed awareness about important issues but has also donated more than $400 million to charity. Oprah’s show ran for 25 years having in attendance notable individuals from all over the world. Her interview with the Meghan’s went viral and revealed a lot about royalty, and what it entails. Unknown to most people, Winfrey was named ‘Orpah’ after the biblical character in the Book of Ruth on her birth certificate, but people mispronounced it regularly and ‘Oprah’ stuck. From being a TV host to an actor, author, she earned the name ‘Queen Of All Media’ and has a networth of $4 billion to her name. And who got to read the letter from ‘All of us’ to Beyonce? You guessed right.

Mark Zuckerberg:  the media magnate alongside his wife, Priscilla Chan, is spending $3 billion in an attempt to end, cure or manage all diseases by the year 2100. Asides investing to end diseases, Mark splurges on real estate and sometimes cars. He currently owns real estate in Palo Alto and over 700 acres on the Island of Kaua’i in Hawaii. His business practises continue to court controversies at times but his coolness finds expression from his physical activities, stuff he gets up to in different countries.

Mike Adenuga Jnr.: The Nigerian billionaire is the founder of daring and innovative telecoms company, Globacom. He also has interests across banking, oil, gas, telecoms, real estate, multinational construction etc. Forbes values him at $6.1b but with their methodology principally focused on stocks and most of Mike’s wealth hedged elsewhere, his wealth has been said to be understated by at least $10b. He is worth closer to $20b in real terms. That’s not where his coolness derives though. He is one of one billionaire in the sense that, you wouldn’t see him at any random event, you will not hear him quoted in the papers or on TV but his impact pervades philanthropy, business, sports and contemporary culture. Talk about a spirit; manages his space and energy and also gets to make the universe move in the direction of his thoughts. In a world where billionaires crave the attention of the ruling class and the media, nothing could be cooler than to know that there is one that would rather everyone comes to him instead. The important ones do.

Alexander Wang: Despite his surname being the same as iconic designer Vera Wang, Alexander is a tech buff who at 25 has built a $7 billion tech company. This remarkable feat has dubbed him the youngest self-made billionaire who, like many other billionaires in tech, is a college dropout. His company, Scale AI, which he started at 19, was a summer project that turned into a life-changing business. What’s could be more cool?

Rihanna: Riri, as she is affectionately called, is the youngest American self-made billionaire woman. The black female is the coolest thing to come out of Barbados, her ancestral home. The singer-songwriter leans into her role as a heart-breaker as she consistently ignores the pleas of her fans to make more music and rather chooses to face her Fenty business empire. When she’s not exuding Black Girl Magic at fashion shows with her unique style, Rihanna is being the coolest mum to her baby with rapper A$AP Rocky. With Rih, her coolness from just breathing, just living.

Elon Musk: Twitter-verse’s favorite billionaire is one who takes unconventional new heights. His fortune comes from the multitude of his inventions – the most popular being the Tesla Car, the vehicle of the New School. The business magnate is contributing towards impacting our environment and sustaining innovations. Elon Musk made an appearance in The Simpsons episode, ‘The Musk Who Fell to Earth’. When is not making trouble on Twitter, he is pretending or seriously looking to buy the platform. Many may not find his ways cool, but it’s super cool to watch the richest man in the world play around like his words don’t move stock prices for the fun of it.

Kanye West: Ye is a hip-hop legend who is unafraid to speak his mind, a habit that is often met with mixed feelings and of course, his actions coming off the back of the $1.8 billion-dollar net worth he has amassed for himself. The American billionaire rapper is not just a musician but a record producer, a fashion designer and a POTUS aspirant. Kanye’s vision to change the world as president was the topic of conversation for several months owing to the fact that it came on the heels of his sudden pivot to gospel music and his unique campaign style. He is deemed to be crazy by many, the same level of craze that earned him an entry on this cool list.

Francoise Bettencourt Meyers:  she is the world’s richest woman billionaire and third generation heiress of the world’s largest family cosmetics company, L’Oreal. Asides the fortune she has inherited, Francoise owns and runs various businesses which further rack up her stakes. An introvert who will do anything to avoid the spotlight, Francoise also serves as the president of her family’s philanthropic foundation, which encourages French progress in the sciences and arts.

There you have it, some of the world’s coolest billionaires at the moment. One fact that rings true with them all is how in the midst of their wealth, they manage to not only be defined by their billionaires. That’s about the toughest thing for a billionaire and these ones have managed to crack it. So, for every aspiring billionaire out there, keep your dreams as big as they can be, but be cool at it. It just might you on a list like this soon.