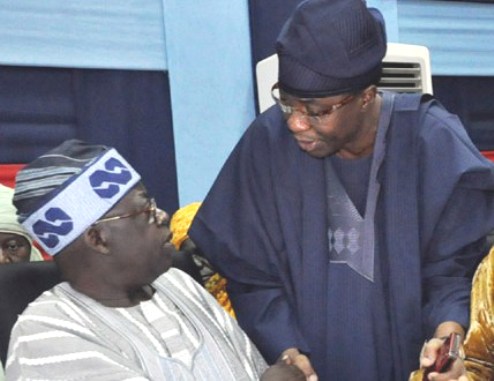 Former Governor of Ogun State and Senatorial Candidate of the All Progressive Congress in the Ogun East Senatorial District, Otunba Gbenga Daniel has described the APC flagbearer, Asiwaju Bola Ahmed Tinubu as a dogged fighter who knows his onions and will go to lengths to achieving his strategic objectives.

In his congratulatory message to the APC flagbearer, Otunba Daniel said “the Bola Tinubu that I know is a strategic thinker, a great planner and a well organized personality, which are the attributes that have worked for him not only in politics but also in his business and social relationships.

“In the last two decades Bola Tinubu’s political trajectory has shown that the the sky may be the starting point for him, and this he has clearly demonstrated with the energy he puts behind his campaign and the eventual victory as the Presidential candidate of the All Progressive Congress which has proven Bookmakers wrong in all ramifications.”

Otunba Daniel wishes Asiwaju Tinubu well as he proceed further in his campaign for the mandate of all Nigerians.