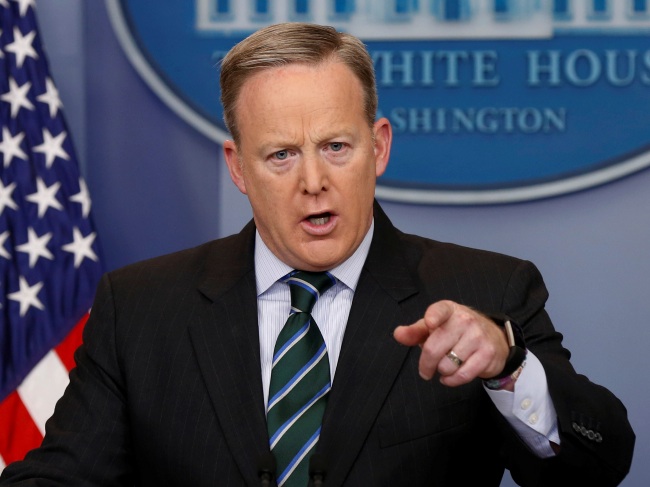 Trump bans cameras at White House press briefings
AFP>>> President Donald Trump’s administration has banned cameras from the daily press briefing at the White House.
However, the resourceful US media are undaunted as they   deployed sketch artists to cover the event.
Cable news channel CNN sent sketch artist Bill Hennessy to the famous West Wing press room, a change from the American courtrooms where he normally works.
Instead of broadcasting the briefing live, CNN carried only audio of White House spokesman Sean Spicer’s session with journalists.

The channel then prominently featured Hennessy’s sketches in its afternoon programming while stressing that cameras had not been allowed.

The Trump administration, which has a largely adversarial relationship with the media, has been restricting coverage of the White House press briefing of late, either by not holding it every day, or by banning cameras and sometimes even audio coverage.
Spicer defended the decision.
“It’s great for us to come out here and have a substantive discussion about policies. I don’t think that the be-all and end-all is whether it’s on television or not. We’ve made ourselves available a lot of times, and continue to do it,” he said.
The White House Correspondents’ Association disagreed.
“We believe strongly that Americans should be able to watch and listen to senior government officials face questions from an independent news media, in keeping with the principles of the First Amendment and the need for transparency at the highest levels of government,” it said in a statement.
Share
Facebook
Twitter
Pinterest
WhatsApp
Linkedin
Tumblr
Telegram
Previous articleLondon evacuates 800 residents to avert another Grenfell
Next articleBILLIONAIRE ANTONIO OLADEHINDE FERNANDEZ BATTERED BEYOND THE GRAVE WHILE FRIENDS, FAMILY ENGAGE IN FRANTIC SEARCH FOR “ASSAILANTS”