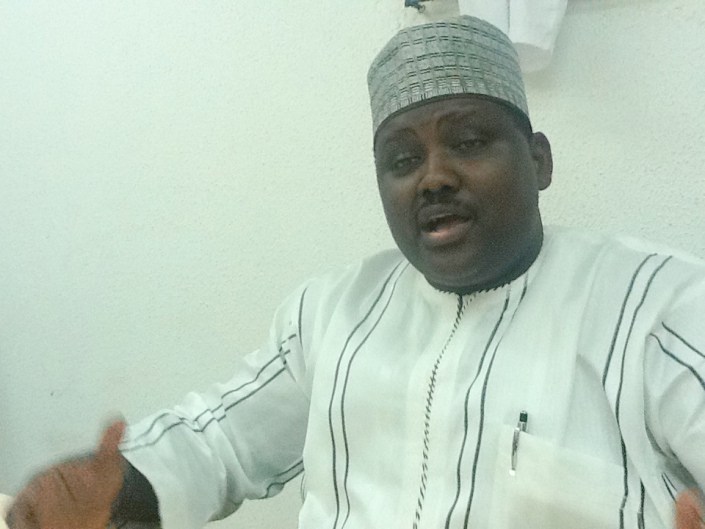 The permanent secretary of Ministry of Interior, Abubakar Magaji, has taken responsibility of reinstating the former chairman of the Presidential Pension Reform Task Team, Abdulrasheed Maina.

In his submission on Thursday to the House of Representatives committee investigating Mr. Maina’s controversial reinstatement, Mr. Magaji said the reference letter made to inform the Head of the Civil Service of the Federation, Winifred Oyo-Ita, that Mr. Maina had resumed duty was a letter sent to the Federal Civil Service Commission.

According to Premium Times, Mr. Magaji said: “When I observed this upon resumption from sick leave, I quickly replied to the Head of Civil Service of the Federation, Mrs. Winifred Oyo-Ita, apologising to her about the reference letter.”

“But service is an institution, whatever happened in the process of the minutes, the permanent secretary is the head of the administration and I am here to take responsibility.

“Whatever the Interior Ministry has done wrongly in the way the administrative matter has been done to the end of this matter, I take responsibility because I cannot reject.

“I am the permanent secretary, head of administration and I take responsibility for any administrative wrongdoing that Ministry of Interior has done,’’ he said.

Mr. Maina’s controversial recall to duty has been a sore point for disagreement amongst senior government officials who have been busy shifting blames.

The Head of Civil Service of the Federation, Mrs. Oyo-Ita, had earlier said she did not endorse the reinstatement letter.

She said the Ministry of Interior did not wait to get posting directives from her, but went ahead to act on an advance copy issued by the Federal Civil Service Commission.

She insisted that Mr. Maina was not reinstated into the service.

“The Federal Civil Service Commission considered the administrative aspect of the case which is punishable by dismissal and the letter reinstating Maina has not been delivered,” she said.

“Therefore, he stands dismissed and was never reinstated into the service.”