Why Okada, Keke Marwa Restriction/Ban Should Be Embraced By Lagos Residents 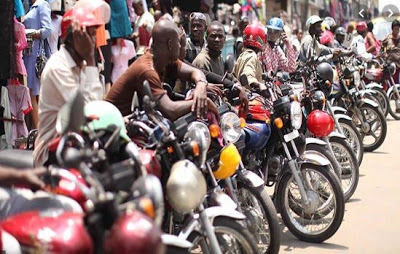 That Governor Babajide Olusola Sanwo-Olu of Lagos State has gone ahead to implement the restrictions or as some people call it, ban of the movement of commercial motorcycles (okada) and tricycles (Keke Marwa) is no news.

The decision was met with criticism and condemnation of the government by several residents of the state owing to what they perceive as the inconveniences the policy or the decision would cause.

But beyond the inconveniences and disadvantages of the policy, it is necessary to trace the genesis of the restrictions and what it portends to the residents of the metropolitan city on the long run.

It should be recalled that the restriction/ban of Okada operations as recently announced by the Lagos State Government is not a new policy.

The Policy predates the current government as it took off in 2012 during the tenure of former governor Babatunde Raji Fashola.

What the Sanwo-Olu Government did was just to effect the policy, which was neglected by the government of Mr. Akinwunmi Ambode from 2015 to May, 2019.

Going down memory lane, in March 2012, about eight (8) years ago, Governor Fashola announced a total ban of Okada from all major bridges and the whole of Ikeja.

This ban was instigated by the Nigeria Police, who had been hapless from the incessant rise in crime in the highly populated state.

Three months later, it was extended to parts of Surulere and Lagos Island. Specifically the Business district, parts of Victoria Island and Falomo, Ikoyi.

For the other areas, government decided to regulate Okada riders and came up with a licensing scheme which stipulated that Okada riders needed to learn how to ride bikes and must obtain a riders licence (As is applicable in most countries).

This they did in partnership with the FRSC. This scheme was ignored totally.

As a matter of fact the two main Okada unions took the government to court over this.

The FRSC ended confiscating over 15,000 bikes for non-compliance. Still, riders were going about undocumented.

At that time, there were just about 50,000 Okada’s in Lagos. The government also introduced the use of crash helmets due to incessant casualties from accidents. This too was largely ignored.

Today, there are over 250,000 Okadas with 78% of the riders being indigenes of Chad, Niger and Mali.

The significant rise was within the last 18 months. The most significant development that jolted the Lagos State Government was the recent influx of over 40,000 Nigeriens and Malians under the guise of looking for a means of sustenance as Okada riders.

They were all undocumented, with no form of identification whatsoever.

The Lagos State Government quickly set up a committee to look into this.

Early January, in trying to enforce registration in Apapa, Iganmu Orile, where we have the largest concentration of Okada riders from Niger and Mali, government ended up seizing about 150 Okadas, whose owners did not have riders permit.

Within a few hours, irate Hausa/Fulani youths invaded Apapa- Iganmu LCDA headquarters at Marine Beach, chased all the workers away and set the office complex ablaze and also vandalised vehicles within the vicinity causing millions of Naira in damage. No serious government would watch and not take action, most especially with the insurgency in the North East.

What we should note here is that there is a total ban on Okada in Kano, Katsina, Zamfara, Sokoto, Kaduna, Kebbi and Niger State for security reasons.

Those, who did not study the situation properly have been condemning the government of Mr. Sanwo-Olu for its action.

However, they ought to know that Sanwo-olu’s government didn’t just wake up and effect the ban! It was as a result of a report presented by  the Lagos State Security Council and they sought advise from the OPS as well.

The Corporate Okada companies were given ample time to implement government policy on the management of their riders but they simply just took the government for granted.

They felt that this is Nigeria, where people believe that anything goes.

In their own thinking government would not be that audacious with an outright ban.

The companies became reckless after the Lagos State introduced N25M as annual licensing fees for 1000 riders and then N30,000 per bike thereafter.

This means that the companies would paying N295M if they had 10,000 Okada riders including tax and VAT on revenue generated.

Meanwhile the companies were earning over N1m per rider annually. They became very greedy and complacent and ceased to keep any verifiable database of the their riders with the required background checks. (This was largely done, to avoid charges).

The main concern of the owner of Gokada’ Bangladeshi was how to roll out Gokada in the thousands rather than making sure there was value added and compliance.

So most of this companies have themselves to blame. The Corporate Okadas market share in Lagos is less than  5%. TBC.

What the Lagos State Government is to sanitize the system and restore the lost glory of the state and make things work better in the centre of excellence.

The Sanwo-Olu Government means well for the residents of the state and this would be noticeable in its progressive programmes for the generality of the masses.

Residents of the state should commend the sensitivity of the Sanwo-Olu government to provide succour with the release of 65 buses and ordering additional 550 buses to ameliorate the challenge facing commuters.

The Governor knows the implications of the restrictions of the movement of okada and Keke Marwa and he is thinking outside the box on a daily basis to provide succour.

The major reason for the restrictions/ban should not be lost on the discerning residents of the state, it is meant to reduce crime and protect lives and properties as hoodlums have reportedly perfected the use of okada to commit crime with impunity.