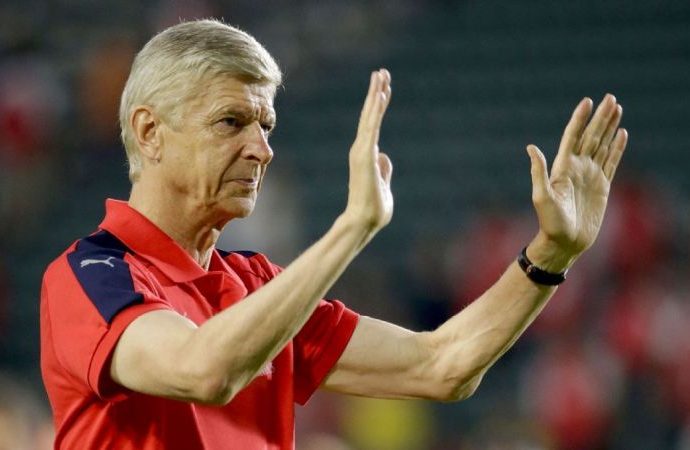 Arsene Wenger will finally bring his 22-year stay as Arsenal manager to a close at the end of the season, the Frenchman announced on Friday.

“After careful consideration and following discussions with the club, I feel it is the right time for me to step down at the end of the season,” Wenger said in a statement posted on the club’s website.

“I am grateful for having had the privilege to serve the club for so many memorable years.”

Wenger, 68, won three Premier League titles, leading the only side to go a full league season unbeaten in 2003-04, and lifted seven FA Cups during his tenure.

However, he has been under increasing pressure to step down from the club’s fans for several seasons as Arsenal haven’t won the Premier League for 14 years and risk missing out on Champions League qualification for the second consecutive season.

Arsenal’s only realistic chance of making the Champions League next season is by winning the Europa League where the Gunners face Spanish giants Atletico Madrid in the semi-finals on April 27 and May 4.

“I urge our fans to stand behind the team to finish on a high,” added Wenger.

“To all the Arsenal lovers take care of the values of the club. My love and support for ever.”

“One of the main reasons we got involved with Arsenal was because of what Arsene has brought to the club on and off the pitch. His longevity and consistency over such a sustained period at the highest level of the game will never be matched.”

Arsenal added that a successor to Wenger will be found “as soon as possible”.

Growing frustration
Wenger took charge with Arsenal in the doldrums in October 1996, but quickly set about a revolution in English football by overhauling players’ diets and bringing an end to the drinking culture that had dogged Arsenal in previous years.

Results soon arrived on the pitch as Wenger’s men beat an all-conquering Manchester United side to the title in 1997/98 and won the league again four years later.

His greatest achievement came in 2003/04 with “The Invincibles” side that not only gained plaudits for winning, but the free-flowing, attacking style with which they played.

Despite qualifying for the Champions League for 20 years in a row, though, Wenger was never able to end Arsenal’s quest to win the competition for a first time. They closest they came was in 2006 when a young side was edged out 2-1 in the final by Barcelona.

That season was also Arsenal’s final campaign at Highbury, but the promise that moving to the 60,000 capacity Emirates Stadium would allow the club to compete financially with the biggest spenders in England and the continent failed to materialise.

Instead, Wenger was much-criticised for his unwillingness to spend the money needed to keep up as booming TV revenues saw Premier League rivals splash the cash in an arms race to win titles.

Arsenal even sold a host of star players like Thierry Henry, Cesc Fabregas and Robin van Persie during the early years of their title drought.

And the fans’ frustration continued to grow as even after loosening the purse strings to buy Mesut Ozil in 2013 and Alexis Sanchez a year later, Arsenal still failed to compete for the title or the Champions League.