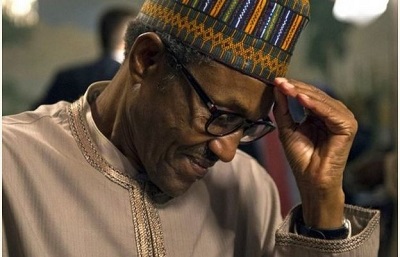 The Guardian NG report has it that his Special Adviser on Media and Publicity, Femi Adesina, made the disclosure during an interview in Abuja.

Apprehensions about the President’s health was high last year, when he went for a medical trip that lasted almost four months, an incident enveloped with different rumours on the true state of his health.

Ekiti State governor, Ayodele Fayose, who formed the arrowhead of criticisms against the official secrecy surrounding the matter had urged the President to stand down.

“This country deserves a very healthy person. The office of the president is not for a sick man. The President is tired and should be allowed to resign and go and rest,” Fayose said.

He added: “You don’t have to be president at all costs when you are tired. You go home. I don’t want to talk about 2019. But I want to tell you that Nigeria needs a president that is agile, strong. The job is too much for an individual that does not have what it takes. It is common saying that health is wealth. Everything is about health.”

Reiterating similar maxim, Adesina noted: “Health is wealth. ‎The President is not a frivolous person. If he thinks that his health cannot carry anything, he will not do it. So, of course, his health will matter a lot. It will be very important. But we need to give glory to God for the way he is now.”

The spokesman was, however, optimistic. According to him, “Everyday you see the President, you see a glow about him. You see freshness about him. I think he’s even in a better state than when he came in 2015. It’s all to the glory of God. So, once he assesses that his health can carry it, there’s nothing wrong if he steps into the fray. But he has the final decision.”

Adesina repeated Buhari’s commitment to leaving a legacy of non-interference in the outcome of elections conducted by the country’s umpire. “If it is the only thing he does, he wants to give free and fair elections to the country; elections that are acceptable,” he said.

He cited elections conducted under the present administration and won by the opposition, noting that things could have gone differently had the governing party chosen to wield federal might.

“You would have noticed that since this government came, there have been elections the All Progressives Congress (APC) didn’t have to win. It was not like that in the past when a certain party was in power. They won all the elections held in states.

“But you saw Anambra. Just this weekend, you saw a senatorial election there. Some months ago, in November, you saw the governorship election. If APC had wanted to overrun Anambra using federal might, it would have done so and would have won.

“Election were held in Bayelsa under this administration. APC didn’t do it. Ondo, APC won fair and square. Kogi, it won fair and square. Where APC wins, it wins. Where it loses, it loses. That’s the attitude of the President. Your party doesn’t have to win by hook or crook. So, he says if it is the last thing he does, he will leave free and fair elections for Nigeria. And that is happening.”

Buhari has made gains and a second term would provide an opportunity for consolidation, said Adesina. “The things he has done are apparent. Despite the challenges of the moment, you can’t rule out what he has done in security. The economy went into recession, stayed there just for one year. It has come out and the indices are good. Even the World Bank has projected 2.5 per cent growth for Nigeria this year.”