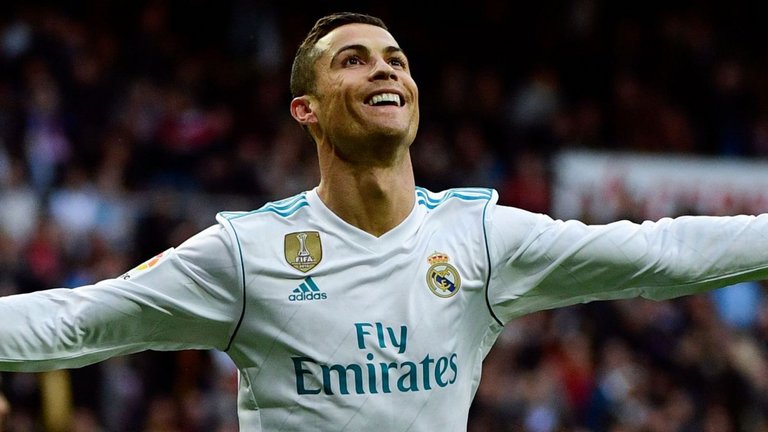 Real coach Zinedine Zidane hailed Cristiano Ronaldo’s selflessness after the forward gave up the chance of a hat-trick by allowing Karim Benzema to take a late penalty in Saturday’s 4-0 thrashing of Alaves.

Zidane restored Gareth Bale to the starting XI to reunite the ‘BBC’ front line of the Welshman, Ronaldo and Benzema, and all three scored in a confident display at the Santiago Bernabeu.

Ronaldo, whose first goal was created by a magnificent Benzema flick, stood aside in the 89th minute to allow the Frenchman to convert only his fourth league goal of the season.

“The gesture of Cristiano is very important,” said Zidane. “After the game he played, Karim just needed to score a goal.

“He (Ronaldo) had opportunities, he scored twice. After there is this gesture of Cristiano for Karim.

“This proves that between them, there is a good atmosphere, a good relationship, and to win and continue what we’re doing, it’s super important.”

The reigning champions’ title hopes are all but over, with Real 11 points adrift of leaders Barcelona in third, but a run of four straight wins has ended any worries of missing out on a Champions League spot.

“Confidence returns from playing these kinds of matches,” added Zidane.

“After our match against PSG (3-1 win in Champions League), we’ve been doing much better, maybe there was a missing part or something like that.”

Zidane brought Bale back into the starting XI after dropping him to the bench for the midweek victory over Leganes, but ‘BBC’ were left frustrated for much of the first half.

The deadlock was finally broken shortly before the interval, as Benzema’s delightful flick found Ronaldo, who duly drilled the ball into the corner.

The Portuguese forward’s return to top form has been key to Real’s climb up the table, with the opening goal his 13th in the league this season.

Benzema was again the creator as Bale made it two less than a minute into the second period.

The Frenchman powered forward and laid the ball off for Bale, with the 28-year-old winger finishing with aplomb to end a run of six games without scoring.

Ronaldo has been having no such problems in front of goal, though, and the five-time Ballon d’Or winner wrapped up the points just after the hour mark.

He ran onto Lucas Vazquez’s pass to slot home his 13th goal in his last seven games in all competitions, including the vital two in last week’s Champions League first-leg win over Paris Saint-Germain.

Benzema was rewarded for his earlier assists with the chance for only a second league goal since November, which he took with little fuss.

Barcelona can open up a 10-point lead over Atletico Madrid when they host Girona later on Saturday, with Diego Simeone’s capital club not playing until their Sunday visit to Sevilla.

Elsewhere, Celta Vigo gave their hopes of qualifying for the Europa League a boost as Iago Aspas scored in a 2-0 win over Eibar.