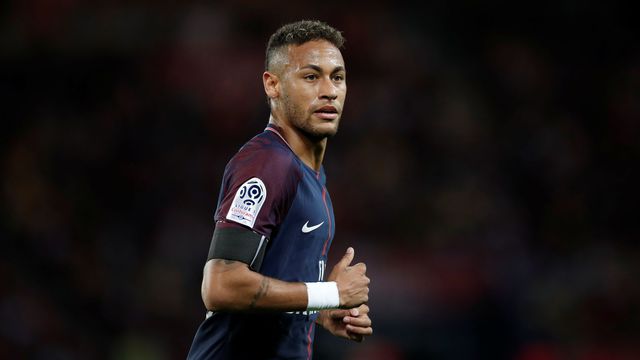 The former Barcelona star became the most expensive footballer in history when he moved to PSG for £198million in August.

But after less than six months in France, it appears the Brazilian is already eyeing his next big transfer, according to reports in Spain.

Marca’s front page yesterday claims the 25-year-old is the Galactico ‘most craved’ at the Spanish giants, but would cost an eye-watering £357m.

Neymar is believed to want the move, the Brazilian’s camp giving signals of his desire to play at the Bernabeu one day despite his Barcelona background.

The Spanish newspaper claims the Galactico policy is one they are keen to revive, having not made such a purchase since the acquisition of James Rodriguez in 2014.

With Real trailing Barcelona by 16 points in La Liga, club president Florentino Perez is keen to make a statement in the transfer market.

Marca claim that Madrid have also considered other options, including Harry Kane, Eden Hazard and Timo Werner, but have made Neymar the priority.

They are determined not to go behind the backs of PSG, and will not pursue a move without the prior knowledge of the Parisian club.