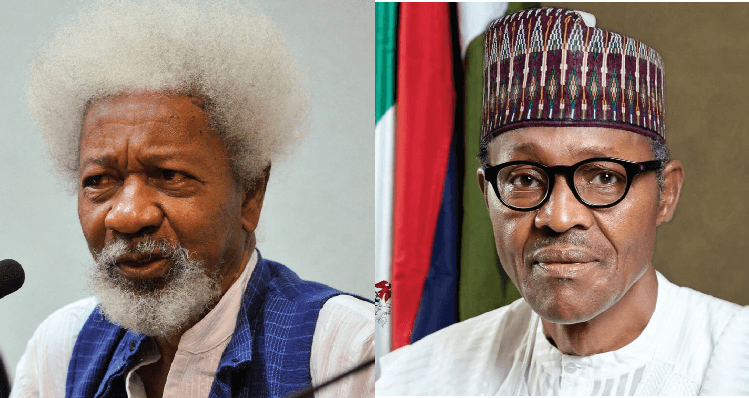 Professor Soyinka speaking on Tuesday during the Special National Honours Investiture at the Presidential Villa, Abuja said it is not possible to honour MKO Abiola in one breath and praise his tormentor, Abacha, in another breath.

He, therefore, urged the President to take a stand between Abiola and the late former military Abacha ruler.

Soyinka was one of the speakers at the occasion where MKO Abiola, the adjudged winner of the June 12, 1993, presidential election and others were honoured.

”Hall of Shame should be in line with Hall of Honours, many unsung heroes and heroines, the torture, dehumanizing of Nigerians were horrendous.

“I will like to appeal to you to stop confusing Nigerians. It is not possible to honour MKO Abiola in one breath and praise his tormentor in another breath.”