HomeOpinionYorùbá People, A Unique Race Among All Races by Layi Deinde
Opinion

Yorùbá People, A Unique Race Among All Races by Layi Deinde 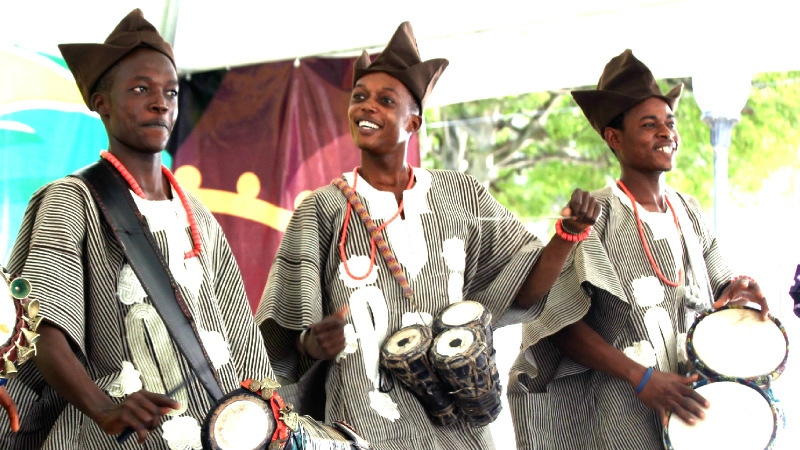 The group of people with a shared heritage of being descendants of ODUDUWA, that populate the southwestern part of Nigeria, with a spread up North Central of Kwara and Kogi states. Having some modest foothold in Republic of Benin, Brazil and parts of the Caribbean……

WHO AND WHERE THEY ARE FOUND

The group of people with a shared heritage of being descendants of ODUDUWA, that populate the southwestern part of Nigeria, with a spread up North Central of Kwara and Kogi states. Having some modest foothold in Republic of Benin, Brazil and parts of the Caribbean has a language that is commonly spoken through the belt with a slight difference that clearly defines the sub-ethnicity within. Historically with the Administrative head in OYO-ALAFIN while the spiritual head is ILE-IFE.

The influence of the administrative and spiritual has been relegated, a result of long years of evolution coupled with the structural change of state administrations, leaving the people with passive allegiance to the places.

They have their religion rooted in their history, having accounts of almost all their gods and they practice divination, IFÁ this they relied on in the golden era for almost every activities they intend to venture into.

Some of the past activities have their accounts in people and limited literature.

The colonial administration brought together ethnic nationalities who have had to engage in limited inter-tribal trade. This exposed all parts of the Nigerian nation to each other, thus opening the door of mass movement of people in the direction of places with increased governmental and commercial activities.

The rail network which started with Lagos-Ibadan in 1898 to the Lagos-Kano line of 1964 complemented the narrow roads in facilitating the linking up of most parts of Nigeria. This afforded Nigerians information about diverse cultures,  business prospects, in regions outside those of adventurers and or prospectors.

AKWA APKA known today as CALABAR was the first capital of the OIL RIVERS protectorate, NIGER COAST southern protectorate and also protectorate of  SOUTHERN NIGERIA between 1898 to 1906.

Before being moved to LAGOS, 1914, outside the ports available all through the coastal NIGERIA, the respectability, level of commercial activities of those in each area, I feel could be a factor in the determination of where becomes the capital, in the colonial days. People from all other component parts of the nation and foreigners naturally will have to habitat the capital, engaging in administration and commercial activities. IN the case of LAGOS and the adjoining areas of southwestern Nigeria, it has been a warm and fair reception for all and sundry.

The administrative and commercial capital of the southwestern part of NIGERIA complemented LAGOS in warm reception of hosting and never giving people reason to go back!

All can be traced to the ways of the YORÙBÁ of the southwestern NIGERIA, who also travel wide to all parts of Nigeria and AFRICA!

As they were found in almost all parts of Nigeria, Africa and the WORLD which owing largely to their industry and desire for better ways of living.

Pre and post-NIGERIA, the YORÙBÁ nationality is not limited to the deployment of peaceful means in the resolution of issues. There were documented stories of WARS inter-tribal SLAVE TRADE WARS and others within the people.

The colonial administrations too were at several times REVOLTED against by the YORÙBÁ nation, just before normalcy was achieved. The political dispensation too resulted in some major conflicts with attendant casualties, best confined to history literature, of worthy of mention was the WET E,  meaning wet him with petrol,  burn him, this happened at different times between 1962 to 1966.  Majorly pitching political parties against the state or political gladiators against each other,  a special mention was the 1962 episode between supporters of Late Chief Obafemi Awolowo and those of Late Chief S.  L.  Akintola. Most of the conflicts left many people who had shared values suffering colossal loss, as a result of failure or inability to device better means of resolution of perceived injustice.

Experience, they say is the best teacher. All the unfavorable conflicts and the scare of its wound is slow in healing,  hence the need to fashion out better means of resolution of issues good enough to degenerate into squabbles. These are the reasons YORÙBÁ people in their own volition have preference for peaceful means of setting scores within themselves and with the outsiders. This has paid off over the violent disposition of the past. The manner YORÙBÁs are slow to anger is being misconceived as cowardice!  Whereas, they tried to weigh their options and go for the one with lasting benefits, transcending generations and this is evident in their placing in present-day NIGERIA.

YORÙBÁ are a unique people who are majorly ideologically driven and ahead of instantaneous gratification. Two scenarios I will use to justify the position:

This is the period of our ailing late president of blessed memory.  Where some so-called cabal relegated Goodluck Jonathan, causing him embarrassment, in specific terms was how our late president was brought into NIGERIA without the knowledge of the vice president!  That was just one of several instances of humiliation suffered by him!  The people of the southwest rose in his defense along with well-meaning citizens of the country and the outside world.

All was done in fair faith.

His election in 2011 too received the massive support of the southwest.  With the backing, GEJ got, little was returned in appreciation of the noble gesture.

To whom much is given, a lot more is expected!

With the horrible lesson learned from the GEJ era of 2011-2015 where the southwest struggle for relevance in the administration of the day. The people took their faith in their hands, sought for new grounds, realigned with the present occupiers of the government, the result of which we are faced with, it is open for everyone to compare how the southwest fares in the scheme of things now and that of the previous administration. This is necessary for those who constantly address the southwest with contempt over their decision to pitch tent with the present administration at the expense of the previous one. That is not to say the southwest is a people easily pleased!  There are loads of those who gave their all, for the emergence of the BUHARI administration, who have since fallen out with the admin based on ideology, majorly bothering around: failure to fulfil the promise of RESTRUCTURING, REOCCURING INSECURITY and PERCEIVED APPOINTMENT INBALANCE, among other issues.

The southwest is constantly treated with contempt,  by those whom they have affinity of several years!  It is worth pondering about considering the way the southwest has been a unique people that rationalise before taking a plunge, without persuasion or any gratification, too. So having to deride the YORÙBÁ for their choices should be discontinued,  as the consequences of our actions is for us to live it.

We YORÙBÁ wish for a nation where everyone’s right is respected and equally protected just like other nationalities that make up Nigeria. This we seek its actualisation, based on the true federalism. We have been receptive over time, which is likely not to change, it is our collective wish that NIGERIA remains a united entity, having the components with distinct administration. Where everyone proudly brings goodies to the central table for it to materialise, is for each group to respect and protect the rights and privileges of others.