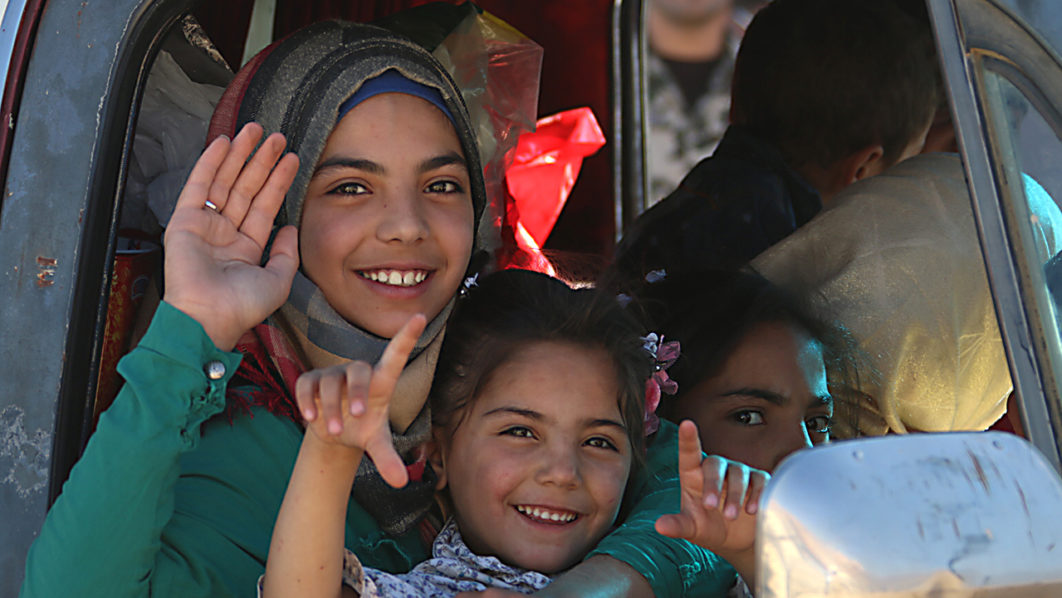 AFP…… Thousands of displaced Syrians were heading home Saturday after rebels and the government reached a ceasefire deal in the south following more than two weeks of deadly bombardment, a monitor said.

Under the agreement announced Friday after talks between rebels and regime ally Moscow, opposition fighters will hand over territory and heavy weapons in Daraa province near the Jordanian border.

The Russia-backed regime offensive has displaced around 320,000 people since June 19, the United Nations says, including tens of thousands who fled south to the sealed border with Jordan.

Calm reigned over the region on Saturday as the two sides finalised the ceasefire deal, the Britain-based Syrian Observatory for Human Rights monitoring group said.

“People have started to return to their homes since yesterday, taking advantage of the calm,” Observatory chief Rami Abdel Rahman said.

“More than 20,000 people have set off for home so far, heading to areas for which an accord has been reached in the southeastern Daraa countryside,” he said.

But others “are scared to return to regime-controlled areas, fearing their children will be arrested,” Abdel Rahman said.

The accord follows a string of similar deals with rebels for other areas of Syria, which have seen the regime retake more than 60 percent of the country, according to the Observatory.

A government takeover of Daraa would be a symbolic victory for President Bashar al-Assad as the province was the cradle of the uprising against him seven years ago that led to civil war.

More than 150 civilians have been killed in the regime bombing campaign on Daraa since June 19, the Observatory says.

Under Friday’s deal, rebels are expected to hand over their heavy weapons, while those who reject the agreement will be bused with their families to the rebel-held northwestern province of Idlib, state media has said.

Government forces will also take over “all observation posts along the Syrian-Jordanian border”, it said Friday, hours after the regime regained control of the vital Nassib border crossing with Jordan.

More than 350,000 people have been killed and millions displaced since Syria’s war started in 2011 with a brutal crackdown on anti-government protests.